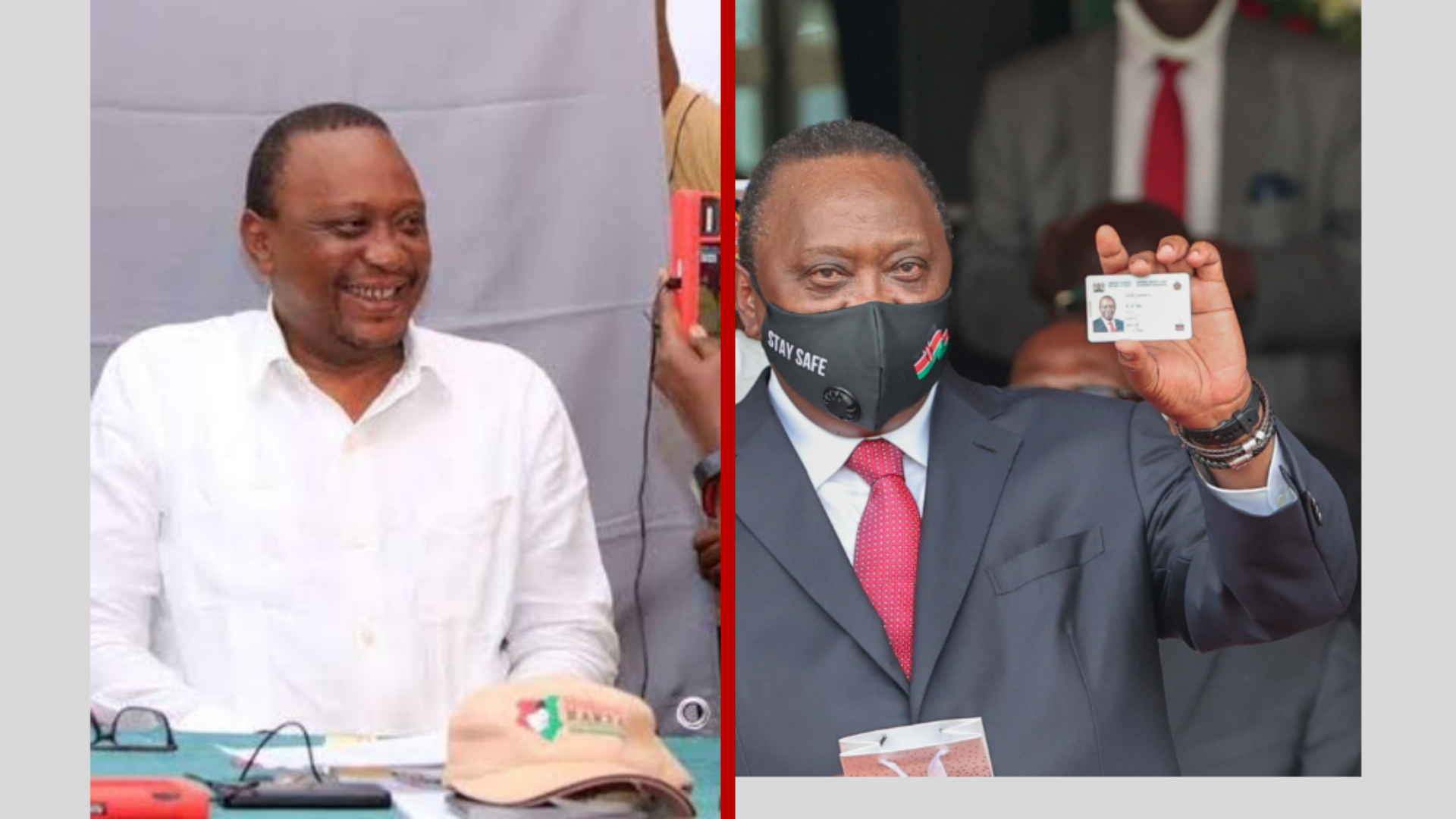 (KDRTV) – The launch of the Huduma Card at the Mashujaa Day celebrations in Kisii on Tuesday has raised more questions than answers.

Interior CS Fred Matiangi announced that the government is ready to issue the cards, dubbed the single source of truth and identification. The cards will enable Kenyans access to government services efficiently.

Participated in issuing H.E President Uhuru Kenyatta & First Lady Margaret Kenyatta with a sample of Huduma cards. The exercise of issuance of cards will begin once the National Assembly finalizes appointment of Data Commissioner as directed by court. pic.twitter.com/54iNO4qhez

However, hawk-eyed Kenyans have realized that the photo on President Uhuru Kenyatta’s card does not match the photo he took while registering for Huduma Namba in April last year.

I know they said it is a sample.
But shouldn't a sample be close to reality? pic.twitter.com/GYsv5AOdAr

When he launched the Huduma registration at Machakos County, Uhuru was wearing a creme shirt without a tie, however, the picture on the card issued on Tuesday shows the President in a suit and a tie. Who is lying to who?

Is there a relationship between the Huduma Card being issued today and the data that was collected during registration for Huduma Namba last year?

We all remember how Kenyans woke up as early as 3 AM to register for the damn numbers as Matiangi threatened that you would be slapped with a fine if found without the card.

Hustler News spokesperson Dennis Itumbi has also claimed that the cards are being issued by a German firm and not the Kenyan youth as the President purported.

Huduma Numba has not been done by Kenyans. A foreign Company did it. The roll out as per the Serena agreement between NIS and the Foreigners was supposed to start on 15th October. Everything is according to plan. Question is who is getting the Shs. 6b payment. #SystemYaFacts

We cant trust Itumbi, but should we believe the government when they can’t even match the picture of the President to the card?