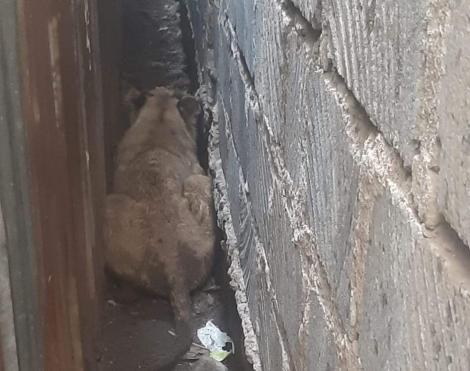 A Lion Spotted at a Plot in Tuskys Area Ongata Rongai

There was panic in Ongata Rongai on Wednesday morning after residents living near Tuskys area spotted a stray lion hiding in a plot.

The lion was found hidden in the corridors of the plot. The Kenya Wildlife Service officers (KWS) and police officers arrived at the location to contain the situation.

A Lion Spotted at a Plot in Tuskys Area Ongata Rongai

A man spotted the lion roaming while leaving his house in the morning sounding the alarm.

Videos circulating on social media indicate a huge crowd had built up after the lioness was spotted. Tuskys supermarket was also forced to temporarily close for safety purposes.

KWS officers were forced to chase away Kenyans before they could contain the lion so that not agitate it.

A lion has been found in a plot in Ongata Rongai near tuskys hidden at the corridors ,KWS officers with police have camped the area and chased the stubborn crowd that is struggling to see the lion pic.twitter.com/eTP7LSiGoO

As the commotion built up, the lion was forced to run towards a very narrow corridor on the ground floor in the space was between two buildings.

KWS successfully managed to contain the animal. No one was injured in the process. 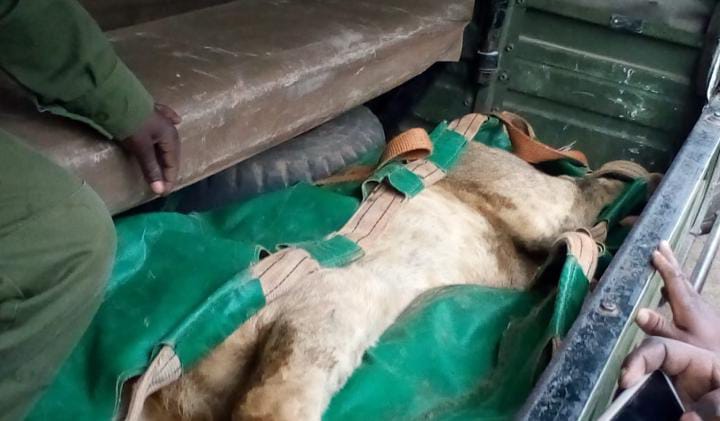 On December 9 2019,  a casual labourer was mouled by a lion in Ongata Rongai. Simon Kipkurui ‘s employer found a lion feasting on his remains.

Kikurui had been reported missing since December 6. His employer tried to scare away the lion but it did not leave.

Lion in Ongata Rongai town ,KWS has sedated it and taken it away . It was found hiding in a corridor in a residential area .It had escaped from Nairobi National Park.#OngataRongai#KenyaUKSummit pic.twitter.com/SbgVFQPHEJ

Subscribe to watch latests videos
In this article:Lions in Kenya,Nairobi,Ongata Rongai