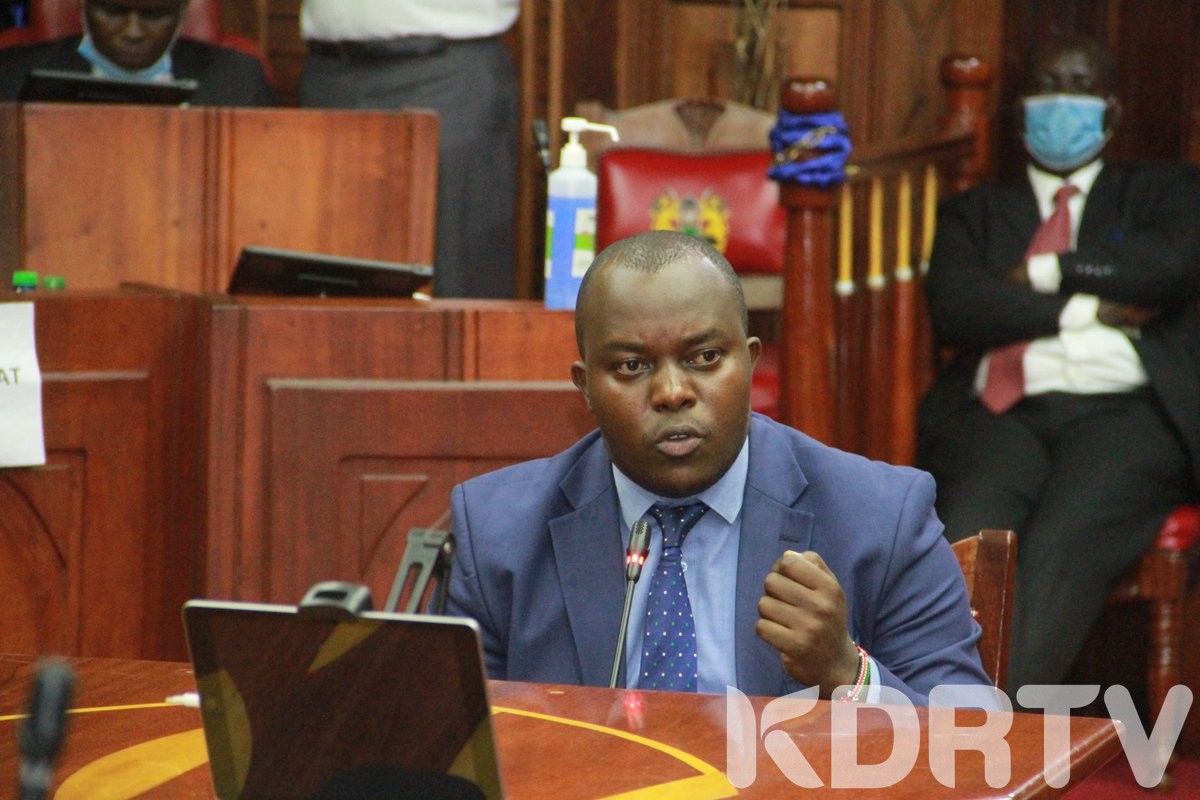 (KDRTV) – Kirinyaga Nominated MCA Kepha Kariuki was unable to defend part of his statement in the impeachment motion against Governor Anne Waiguru.

Kepha, who was nominated to represent the youth by Jubilee Party, claimed that the county assembly did not do public participation when filing Waiguru’s impeachment motion.

The second of three witness presented by the Governor’s Counsel to the Special Committee on the proposed removal from office of the Governor of Kirinyaga County is Nominated MCA Kepha Kariuki, who represents the Youth in the Assembly. #SenateLive pic.twitter.com/u5gA3TK6EP

However, Homa Bay Senator Moses Kajwang reminded him that as an elected or nominated leader, he was, in fact, representing the views of the youth of Kirinyga. One of the roles of the County Assembly is representation. MCAs, therefore, can take actions on behalf of the people they represent.

The youthful lawmaker was also not able to substantiate claims that some MCAs had complained about their names being included in the list of those supporting the motion without giving any names. 23 MCAs voted to impeach Waiguru, six abstained while four were not present.

It is also interesting that Kariuki is the one who filed a petition seeking the High Court to stop the Kirinyaga County Assembly from impeaching Waiguru because of the COVID-19 pandemic.

Waiguru’s defence team asked the MCA to identify some pictures where the governor had been pictured with Kirinyaga Assembly Majority Leader. Kephas claimed that the pictures were not taken in Kenya.

When appearing as a witness for Waiguru then you remember you're yet to face Ndegwa Njiru. #waiguruMustGo pic.twitter.com/YbnhLoOMZI

Prosecution lawyer Ndegwa Njiru asked the lawmaker to explain why he said the photos were not taken in Kenya. He said it is because there were some white men in the background. He was also unable to state the date and the person who took the pictures.