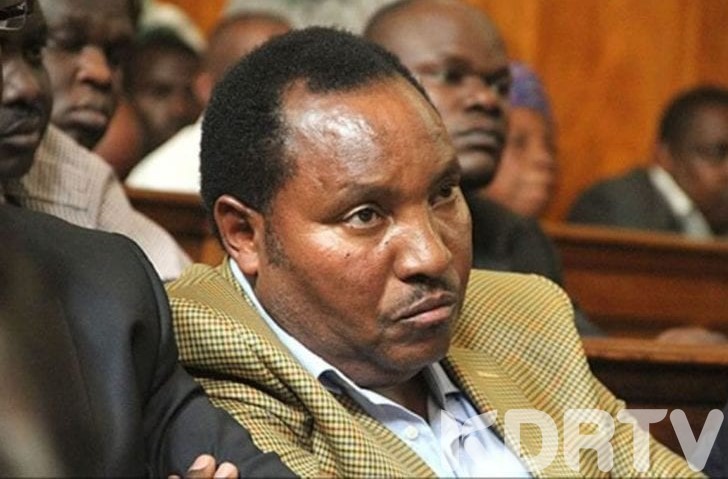 Kiambu Governor Ferdinand Waititu has suffered a major blow after 9 MCAs applied to be enjoined in the 588 Million graft case against him.

This comes amidst tough wars in the governor’s office, with executives taking sides with and against him.

Through lawyer Ndungu Gathinji, the MCAs have argued that they represent the Kiambu residents who had been languishing in poverty and poor living conditions yet their elected Governor embezzles the funds meant for development.

This was however opposed by Kiambu Governor’s lawyer Mbiyu Kamau adding that the MCAs had an ill motive of turning the case into a political one.

“This is a case detailing a legal process. We will not allow some politicians to change it into a political contest to serve their political interests. I do not understand how their grounds to be enjoined relate with the case,” said Kamau.

The Chief Anti-Corruption magistrate court Lawrence Mugambi however directed the MCAs to submit a formal application and serve all the relevant parties involved, with well detailed reasons and explanations.

Governor Waititu together with his wife and other cabinet members were arrested early this month and released on a lump sum amount of cash.

The magistrate handling the case however made a directive barring the Governor from resuming office until the investigations were completed and the case solved.

The Governor’s duties were then handed over to the Deputy Governor, James Nyoro who has since managed the county affairs and tried getting things in order.

Things took a new twist after a division emerged among the executives with Some of Waititu loyal confidants uterly against Nyoro’s leadership and vice versa.

An absurd incident happened last week where a CEEC rejected the transfer orders organized by the Deputy Governor and ended up undermining his powers.

This split in the leadership as much as it is political, it represents majority of views and opinions of Kiambu residents who are caught up in the middle with nothing to do.

Waititu has been probed in more than one incident on matters relating corruption and mismanagement of funds.

His character has also been questioned a couple of times, his wife being put on the spot by Nairobi Governor Mike Sonko for corrupt behaviors.

Prosecution is ready for the trial of Governor Ferdinand Waititu & 12 others charged with irregular award of Sh588 million roads tender in Kiambu County. Prosecution has line up 67 witnesses. #AntiCorruption_ODPP pic.twitter.com/xZkOL7lMNu

The MCAs decisions to enjoin in the case although might also be viewed as political, it is a step ahead to ensuring justice is served and Kiambu managed by a responsible elected leader.

Ideally, Governor Waititu goes into records as the first Governor to be ordered to step aside due to corruption charges until the case is completed.

With the evidence produced by the DPP together with other leaders who aim to frustrate Waititu’s plans, he is bound to fall hard and loose his gubernatorial seat, and maybe his political career too.