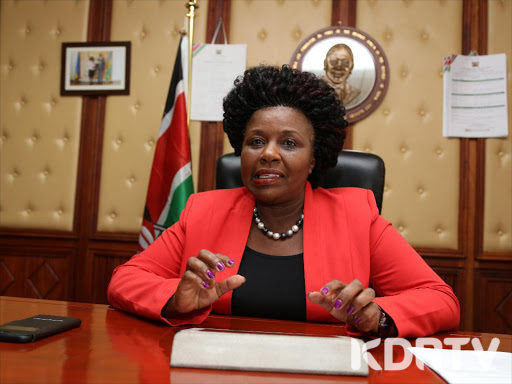 The deceased Bomet Governor will be laid to rest at her home in Koru, Kisumu County, the husband has confirmed. While speaking to the press on Tuesday afternoon, Dr Evans Abonyo, who is the husband to the deceased governor said it was in accordance to the customary of both the Luo and Kipsigis Community to bury the wife where she was married. Governor Laboso died aged 58 after a long battle with ovarian cancer.

Dr Abonyo said it  was not planned that his wife Joyce married from another region and go to work in another county. He says, it was all  God’s plan and the responsibility to be governor was already thrust upon her that nothing could stop it. He thanked the people of Bomet County for standing with his family and the moral support they accorded his wife during his tenure as the governor.

Governor Laboso, who is touted as one of the iron ladies in Kenyan politics elbowed her way into the male dominated Rift Valley politics for years, even beating seasoned politicians like Isaac Rutto with her political prowess.  Her ailment got worse in May this year and she was flown to London for further medical treatment before being transferred to India. She would be brought back to the country two weeks ago before passing on Monday afternoon.