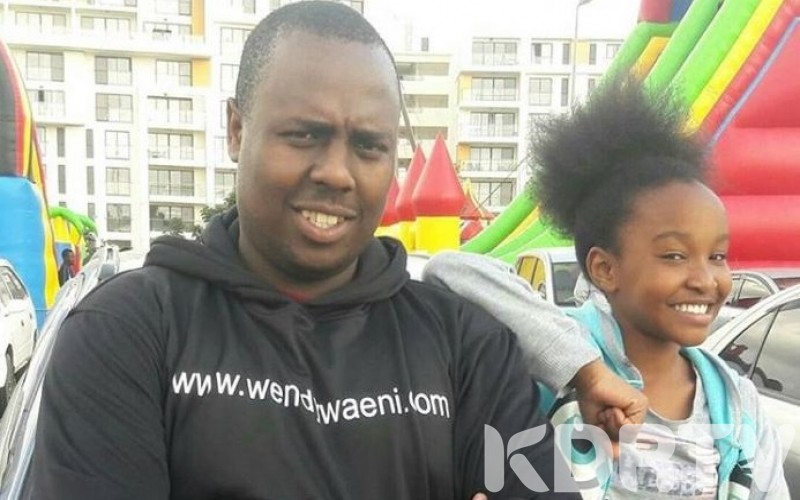 The DCI has ordered for the arrest of Joseph Mwangi Nduta popularly known as Joe Mwangi for impersonating a Cabinet Secretary and threatening gymnast Wendy Waeni’s mother.

Joseph Mwangi is accused of forging a letter purported to have originated from a Cabinet Secretary threatening Magdalene Mbele.

Joseph Mwangi  who was Waeni’s manager parted ways after claiming that Mr. Mwangi exploited her talent for selfish gains and did not give her mother any wages collected  from her performances.

“I’ve been performing all over the world, and right now I live in Huruma because of Joe Mwangi. I’ve performed in Rwanda, Germany, and China…and I’ve not got even a single penny.

“My mum is suffering right now, she sells sweets, I live in Huruma in a single-room with her. People are telling me that I’m rude, that I’m a brat who post things on Instagram, but I don’t have access to my social media accounts, it’s Joe Mwangi who controls them,” said Waeni.

She accused Mwangi of receiving money from prominent leaders such as Raila Odinga but hid it from them.

“Raila Odinga gave my daughter Sh140,000, but we only saw Sh30,000,” said Ms Mbele, adding that even Wiper leader Kalonzo Musyoka chipped in, but they did not get the money.

DCI Officials have promised to investigate more on the case and question MR. Mwangi.