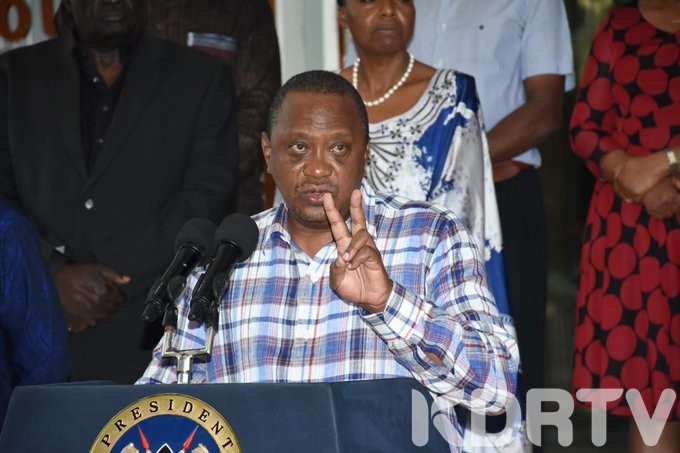 (KDRTV) – President Uhuru Kenyatta on Sunday announced the suspension of learning in all institutions and ordered all schools to close with immediate effect.

While addressing Kenyans after two more cases of the dreaded virus were confirmed in the country, Uhuru said all primary and secondary schools should be closed by Wednesday while universities and colleges have until Friday to send their children home.

But is sending children home the best way to minimise the spread of the virus? The answer is a huge NO! There are more than 10 million students in Kenyan learning institutions, sending them home means that they will have freedom to roam freely and that increases the chance of contracting the virus.

Let us use Italy as an example. Italy is the worst-hit country in the world apart from China. The European nation ordered the closure of all schools over the pandemic on March 4. On Saturday, the country announced more than 3,000 more infections.

The measures announced by President Uhuru Kenyatta at Harambee House are sensible though sending kids home won't have the intended impact. Collectively, protecting kids is more easy in learning institutions than it is when they're at home. Individually, it depends on the parent.

This is because Italians decided that they won’t go to social places but will instead gather in beaches to celebrate. They are not working and the children are not in school. They had time and opportunity. Now we know that Kenyans are worse than Italians when it comes to partying.

The best measure would have been for the children to remain in school and the government to ensure there is minimal contact from the outside world. Some of these schools are havens compared to where our children live.

Imagine you're a student from Kibera, Umoja or Kawangware. You school at Pangani Girls or Upper Hill. Where do you stand a better of surviving coronavirus? In school or these uncontrolled environments? Does the directive by President Uhuru Kenyatta at Harambee House hurt or help?

There is no medical expertise which allows children to go home apart from pressure from education stakeholders.