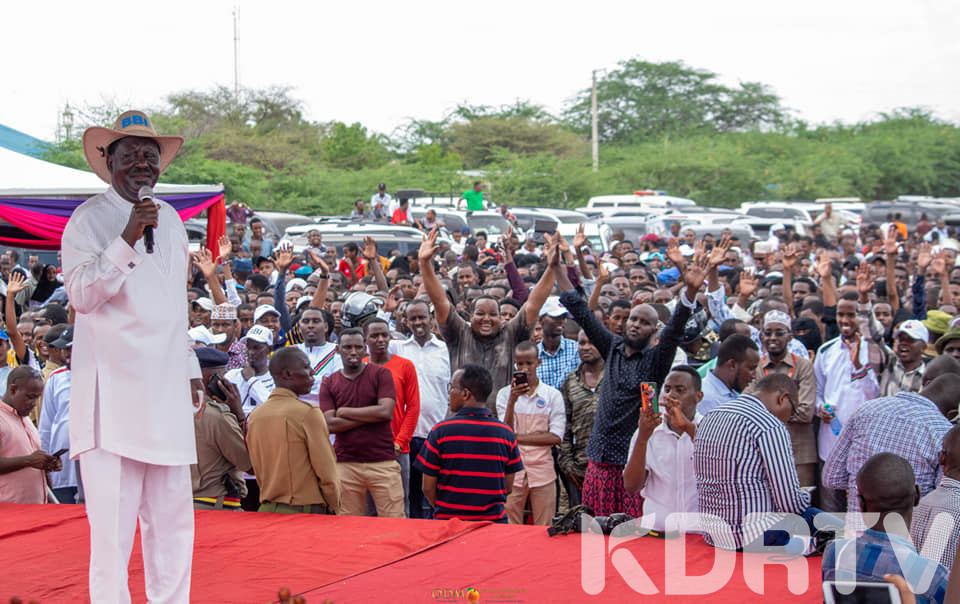 According to the two leaders, the rallies have continued to cause massive division among Kenyans as 2020 presidential debates campaigns have taken over thus outshining the main motive of the rally.

Addressing the 14-member committee on Tuesday while presenting  the Pastoralist Parliamentary Group (PPG) proposal, the National Assembly majority leader warned against more division if the rallies which according to him have been dominated by 2022 succession politics will not be stopped.

“How do you collect views in a public rally? We are seeing rallies that are one-sided and people are using them to campaign for 2022.The discussions by this eminent group should be able to give us a document, but if we go around (in rallies) every weekend, we will be hijacking this process. If we do not stop this, then by mid-March we will be divided down the middle,”Duale said as quoted by the Standard

Mudavadi who has been attending most of the rallies admits that the rallies have been the platforms of political showdowns and therefore the need to end them.

“The political class, I included, are the ones moving all over the place and we are beginning to introduce issues that are not being given thorough scrutiny. We are actually distorting the very essence of what the BBI process was meant to be,”  Mudavadi said.

The latest rally which went down in Garissa County was marred by chaos while the one which took place in Narok last Saturday have led to the arrest of Narok Senator Ledama Olekina and Emurua Dikirr MP Johanna Ng’eno who had serious differences and opinions on the proposals presented by Narok leaders.

The calls come shortly after Deputy President William Ruto warned those who have been preaching ethnicity and inciting Kenyans to stop it or the government will chip in and stop what has now been termed as ‘BBI reggae’.