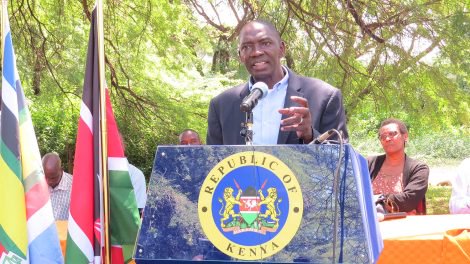 Cyrus Oguna, who was speaking in Baringo county over the weekend urged Kenyans to take advantage of this second listing to ensure they are registered because it is vital.

”If you have not registered you have a second window of opportunity of do so. This second drive will be for those who missed out on the first drive. It is very important therefore to get all your documents for this second phase,” Oguna said.

He also reminded Kenyans that having a Huduma Namba was a mandatory for getting essential government services. He specifically singled out Kenyans living with disabilities as well as the elderly, whom he explained it will be easier in providing them with government services one they enlist.

Separately, nominated MP Danita Ghati has urged residents of  Migori to come out in large numbers to enlist for Huduma Namba in this second phase.

Speaking to the press in Migori town on Saturday, Ghati said Kenyans who did not sign up in the first phase should take advantage of the second phase to do so.

“Kenyans already know the main advantage of the number and local administrators and government officials should cooperate with the public in this exercise.  We need to have a national digital population data to help in service delivery, this is key pushing the country forward,” Ghati said.
Subscribe to watch latests videos
In this article:Huduma Namba