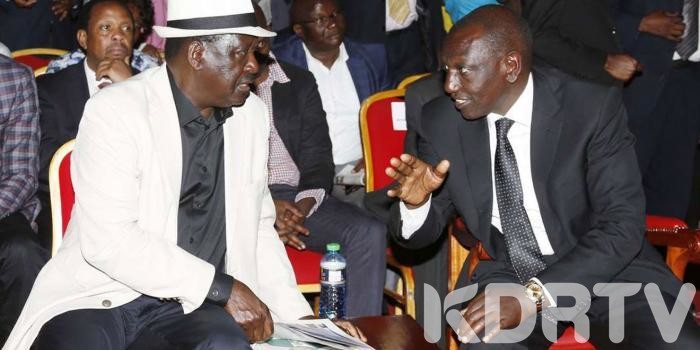 If this allegation is something to go by, then this would be the first time William Ruto would attend the BBI rally after playing cool for a long time on the BBI rallies

The Gatundu South Member of Parliament Moses Kuria has revealed that the two political foes would be attending the rally for the first time.

According to the lawmaker, the Meru BBI rally would be the greatest one since it would join the two political rivals and thus would reveal inclusivity

“The Meru BBI rally on Saturday, February 29, will be the best so far. If inclusivity is one of the aspirations of the BBI, this will be the hallmark of the Meru rally with the Deputy President William Ruto set to attend for the first time alongside former prime minister Hon Raila Odinga. This is the Kenya we want,” he posted on his social media pages.

It is in the record that the deputy president never attended the past BBI rallies, however, his close allies like Moses Kuria and Kipchumba Murkomen had attended the Mombasa and the Kitui rally

according to our previous reports, the tanga tanga politicians had vowed to attend the rallies after a meeting in Naivasha in January 2020.

However, on Thursday, January 23, the Deputy President said that he would confirm with his boss over the issue of the BBI rallies

“It is not for me to tell you that I am proceeding to this rally or that rally. I am going to have a conversation with my boss and agree on the nature of attendance,” he said during an interview with NTV.