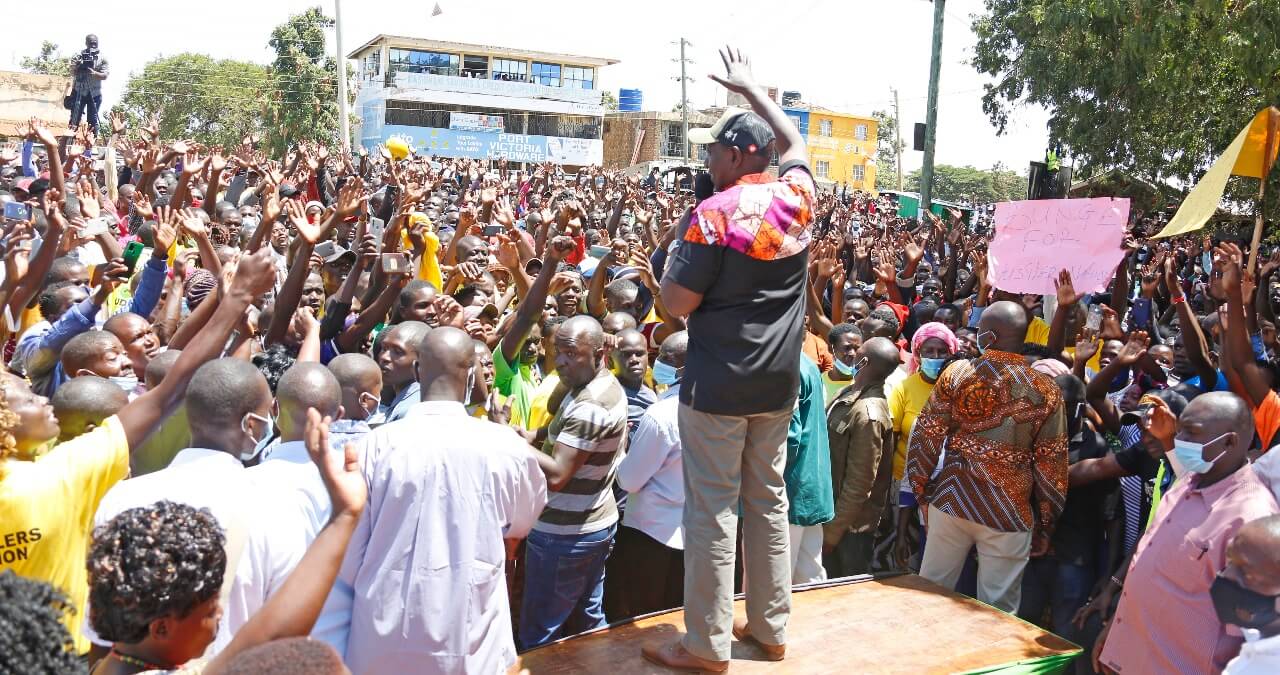 In his public address, Uhuru extended the nationwide 10PM- 4 AM curfew for another 60 days. The President also directed that funerals should be held within 72 hours and that all social gatherings should be attended by not more than 100 people.

However, Uhuru’s decision to ban all political gatherings for 30 days should have been his deputy’s main concern.

Interestingly, as the President addressed the nation, his deputy shared pictures of himself addressing a huge political rally in Busia.

The pictures were posted during the President’s address.

“Presided over the empowerment of more than 6,000 Boda Boda operators from Budalang’i Constituency, Busia County,” Ruto shared on Twitter.

Presided over the empowerment of more than 6,000 Boda Boda operators from Budalang’i Constituency, Busia County. pic.twitter.com/6FldNUshWA

The DP, a self-proclaimed leader of the hustler nation, said small businesses have the potential to employ millions of ordinary Kenyans if they are allowed to thrive.

We are combining efforts with stakeholders and development partners to draw a roadmap that sustainably nurtures entrepreneurship and innovation in our country. pic.twitter.com/wM2rOYXVSm

In normal circumstances, Ruto should have been standing next to the President as he issued the new COVID-19 containment measures. However, the DP was absent as he has been in previous updates. But this time, he was doing the exact opposite of what the government is trying to achieve.

Maybe, it is time for Ruto to resign from the government because he is reading from a totally different script.