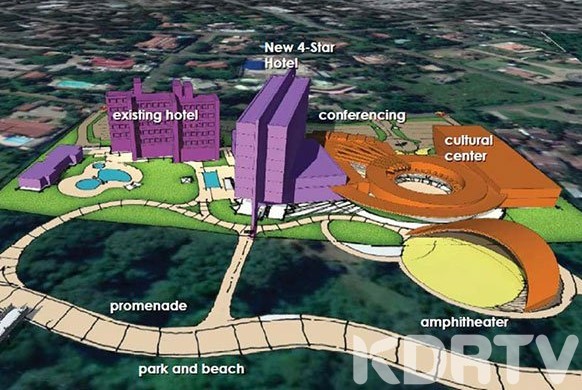 Framework of the Kisumu Waterfront Project.

Kisumu Governor Anyang’ Nyong’o has received a major boost after the World Bank ascertained provision of funds worth Ksh.790 Million.

The Kisumu Waterfront project is aimed to offer attractive real estate opportunities that will enhance economic growth in the region.

Ideally, it will spin the whole City by improving its potential for tourism and travel.

This Waterfront project was initiated by the Kenya Urban Support Program that targets 43 counties by improving planning through development and economic growth.

Some of the facilities to be contained in the waterfront project include a footpath connecting to the lake, four star hotel, conference rooms, cultural center, an 18 hole golf center and streets lighting.

The project although in its initial stages, it has already consumed the major spaces in the city with some buildings along Lake Victoria demolished.

‘We plan to build modern eateries to replace the facilities that have already been demolished. The three beaches Lwang’ni, Dunga and Hippo point are the main targets due to the mass number of customers they attract. New recreational facilities and hospitality amenities will be set up as part of the project,” said Steve Gome who is the Chief Officer for Lands and Urban Planning.

Transportation boost is also part of the project in that it will be enhanced and equipped with the latest machinery.

Months ago Kisumu port was refurbished and the water hyacinth that had eaten up Lake Victoria removed by machinery and flagged by President Uhuru together with ODM leader Raila Odinga.

The port is believed to be Raila’s baby and heart, and one of the many achievements of the handshake.

It was scheduled to be opened recently although cancelled last minute with expected appearances from the Presidents of Uganda, Tanzania, Rwanda, Burundi and South Sudan.

This project will be a major boost to the economy of Kisumu through creation of employment opportunities and revenues from different departments.

Moreover, it might be one of the legacies that Governor Nyong’o is set to leave behind.