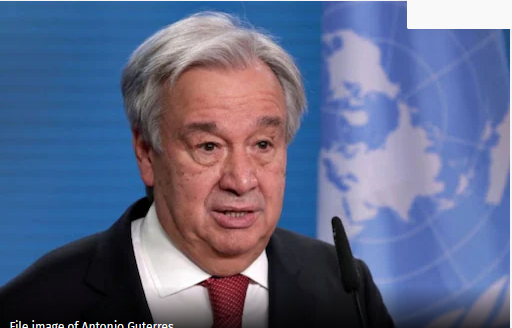 KDRTV NEWS: The United Nations (UN) was shocked after Ethiopia expelled its staff for interfering with its internal affairs.

Ethiopia has since received growing international condemnation after expelling the staff.

The US and the UK are the latest nations to condemn Ethiopia’s decision to expel seven senior UN officials.

The expelled officials include the UN Office for the Coordination of Humanitarian Affairs (UN Ocha) and the head of the UN Children’s Fund (Unicef) in Ethiopia.

However, the UK asked Ethiopia to reverse the decision with immediate effect.

The UN Secretary-General Antonio Guterres announced that he was engaging the government of Ethiopia in the expectation that the decision would be reversed.

The government of Ethiopia has declared the seven “persona non grata” and said that they had 72 hours to the country.

The UN had recently raised concern after humanitarian assistance was barred from reaching the war-tor region of Tigray.

The White House Press Secretary said that the US is likely to impose sanctions on those who obstruct humanitarian assistance.