Kinoo residents have woken up in terror after a building that was under construction collapsed and leaned on another building. 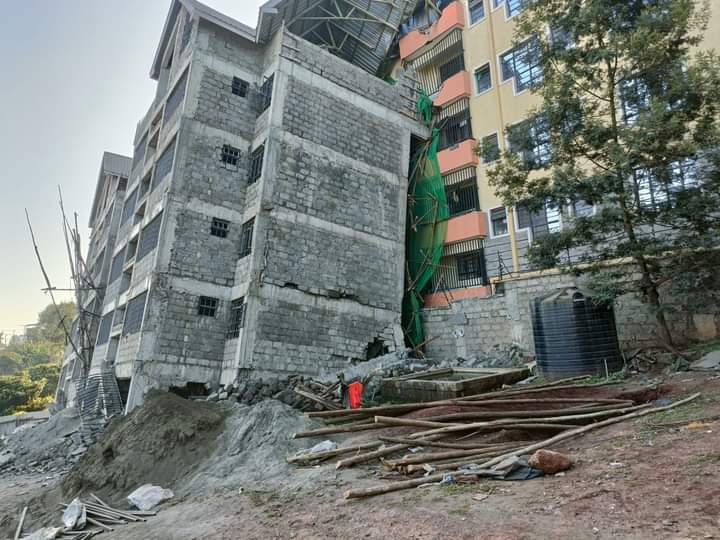 The fallen storey building has caused serious damage. The building was yet to be completed. No casualty has so far been reported after the incident.

The tenants on the next building have also evacuated from the building. The incident has raised questions all over on who will be blamed for the incident and if the government is fully aware of the incident.

This is not the first building to collapse in Kinoo area. Last year September, Five storey building that was under contraction collapsed. It had emerged that the building had not been approved by the National Construction Authority and had no proper foundation.

Nonetheless, the foundation was weak. The building developed cracks before going down. However, no one was injured as people escaped unhurt. There was no site supervisor according to the investigations done.

Most people have been dodging approvals especially greedy developers. If the National Construction Authority officials are not keen on approving such buildings, people’s life with always be in jeopardy.