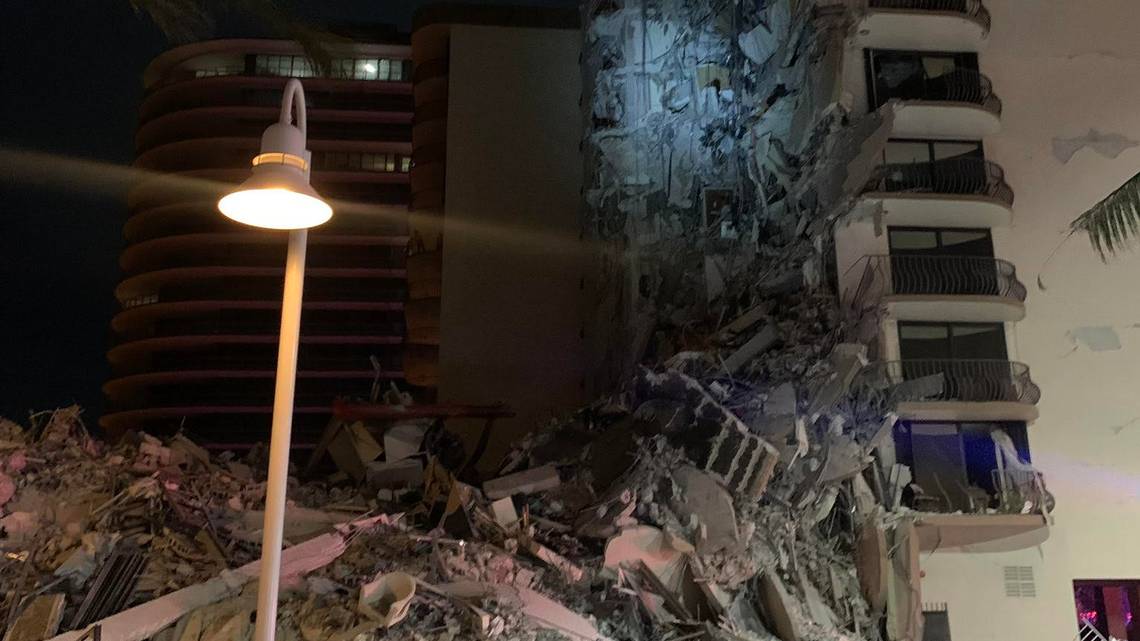 KDRTV NEWS: Search mission for the Miami building that collapsed on 24 June has been suspended ahead of controlled demolition of the rest of the building.

Reports indicate that teams will use explosives to bring down the rest of the building.

The decision to demolish the rest of the Champlain Towers South arrived following safety fears given an approaching storm.

So far, 21 bodies have been recovered, while 121 people are still missing.

READ ALSO: Philippines Military Plane Crashes With 92 People On Board

Since a few hours past the collapse of the building, no survivor has been found by the search and rescue crews.

However, the families of the missing persons were told in advance about the suspension of the search mission and planned controlled demolition, said Miami-Dade County, Mayor Daniella Levine.

According to the mayor of the Surfside, Charles Burkett, the coming strong winds could bring down additional debris from the seemingly unstable structure and thus endangering the lives of rescuers.

“It was obvious that the building was a problem,” he said on Saturday, adding: “We agreed that the only solution for that problem was to eliminate it.”

The Mayor said that the controlled demolition could occur as early as Sunday and should be completed within days.

“do not signify that we are no longer focused on search and rescue”.

“We will begin the search and rescue once again on any sections of the pile that are safe to access as soon as we’re cleared,” she said.

The mayor had signed the demolition order and initially said that it would be carried in late July.

Plans of compensating the tower owners were not immediately clear: it is not established if the owners will be compensated or not.

The cause of the building collapse is not clear. However, the 2018 engineer report warned of crucial design flaws.