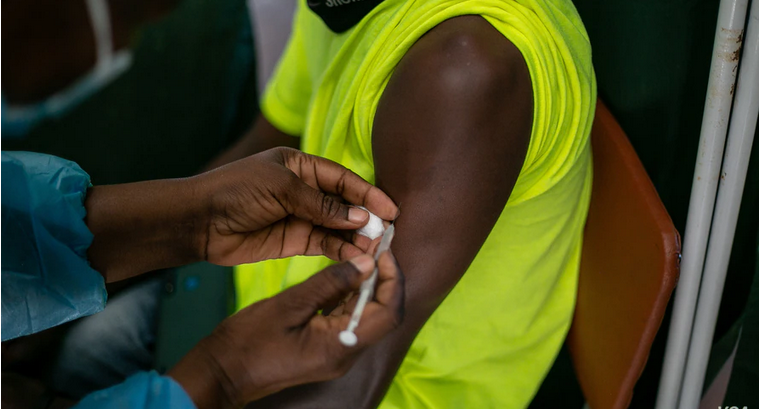 Zimbabweans angry about the Covid 19 shortages

KDRTV NEWS: Hundreds of Zimbabweans have to rally following the shortages of the Covid-19 vaccines and the country expects more dose from China.

The government of Zimbabwe had announced that it is planning to vaccinate 60 percent of the citizens even though it is still struggling to acquire the necessary supplies.

The protestors started rallying after reports of delays in the vaccinations center but dispersed upon hearing that the police were on the way to confront them.

KDRTV established reports from the Zimbabwean government indicating that the country has so far recorded 38998 coronavirus infections and 1600 fatalities: the figures tally with records at the Johns Hopkins University which is keeping the global records of the outbreak.

Seemingly, the government of Zimbabwe is not in a position to acquire the necessary supplies to be able to even vaccinate said 60 percent of the citizens.

The protest erupted after many citizens attempted to get vaccinations at various centers but were unsuccessful due to the shortages of vaccines.

KDRTV also understands that the crowd became angrier after the government authorities tried to skip commenting on the apparent shortages of the Covid-19 supplies.