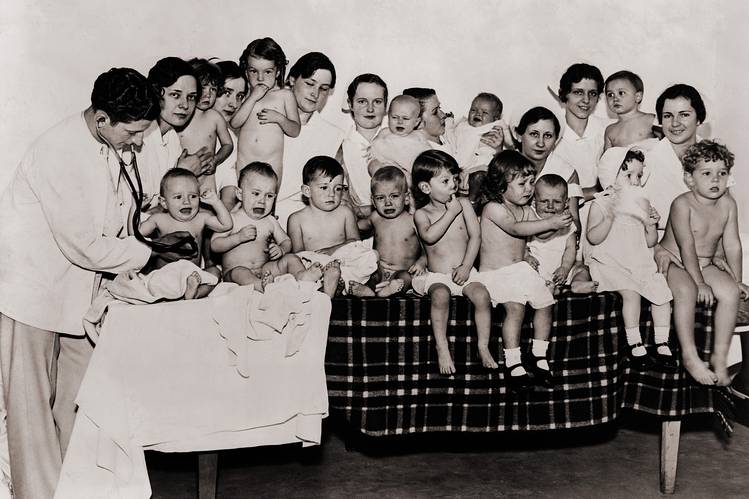 Eugenics in the New World

(KDRTV News Helsinki)In 1883 a British scholar and Charles Darwin’s cousin, Sir Francis Galton founded the movement that was aimed at improving the genetic composition of the human race by selective breeding of individuals who have desired traits, the movement that later came to be known as Eugenics.

Based on his study of upper-class Britain, Galton concluded that an elite position in society was due to good genetic makeup.

A belief that was later disputed by many scientific researchers who argued that his beliefs were founded on not well-researched race theory. Galton’s plans to improve the human race through selective breeding never materialized in Britain but eventually took sinister turns in other countries.

Surprisingly, Eugenics became very popular in the U.S in the late 19th century and it mainly focuses on efforts to stop the transmission of negative or undesirable traits from generation to generation.

Because of its focus on undesirable races and people of low social and economic standing in society, Eugenics got huge fundings from some US leaders, private citizens, and corporations which eventually led to the establishment of The Eugenics Record Office (ERO) in 1911 at Cold Spring Harbor, NY.

The ERO spent time tracking family history and hurriedly concluded that people deemed unfit more often came from families that were poor, low in social standing, and minority and concluded that these traits were due to Genetics and not lack of resources.

The  ERO suggested the sterilization of unfit individuals to stop them from passing on negative traits. America established sterilization program centers in 33 states in the 20th century which targeted the mentally ill, Alcoholists, Chronic poverty, and Feeble-minded (Black race).

The program sterilized a total of 65,000 Americans, many of them African American women.

The movement lost favor at the start of the Second World War when the horrors of Nazi Germany where Hitler borrowed from Eugenics ideologies to justify the atrocities became apparent.

Margaret Sanger who subscribed deeply to the Eugenics movement established another version of Negro project, aimed solely at African Americans. The Negro Project became a newer version of the Eugenics plan that was purely aimed at the elimination of undesirable race based on race and genetic makeup.

Sanger cleverly implemented her plan under the pretense of family planning and better health, a program that she created in 1939. To succeed in her scheme, Sanger roped in the creme de la creme, well educated and well-to-do black Americans in her scheme. Sanger’s schemes strongly espoused racial supremacy and purity.

Her mission was to purify the bloodlines and improve the race by restricting the unfit from reproduction through segregation, sterilization and birth control, and abortion.

Margaret Sanger established Parenthood planning clinics in the black-dominated communities and was boosted with generous funding from prominent philanthropic organizations that shared her views on race improvement.

Margaret Sanger with the help of the League of Nations held a successful first World population conference in Geneva in 1927.

Even though the Eugenics movement fades to the background after the world war amidst the horrors of the Nazi holocaust, it continues to exert influence on the modern activities of Planned Parenthood crusaders.

Philanthropic activities of the Bill and Melinda Gates particularly regarding their tactics for combating climate change and global health issues which are targeted at developing countries in Sub Saharan Africa and parts of Asia would make Margaret Sanger very proud.

The Bill and Melinda Gates Foundation is donating billions to Planned Parenthood causes largely by sponsoring vaccination and agricultural programs in Third world countries. Bill believed that a combination of information technology and medical advances is the surest way to control the population of poor countries.

Bill revealed at an interview that his father William H. Gates, Sr. was for a while the head of Planned Parenthood at the peak of genetics and race theory. William H. Gates Sr. Is the Co-chair of the Bill and Melinda Gates Foundation.

The Pandora’s box of Eugenics evil was opened in Kenya in 2014 when Anti-fertility vaccines were given to millions of girls in Kenya under the guise of an anti-tetanus vaccination program, at a time when there was no outbreak of tetanus in Kenya.

UNICEF and WHO distributed the vaccines for free with the help of GAVI. Independent laboratories tested six samples and all came back positive for the HCG antigen which is used in anti-fertility vaccines.

What was more surprising is that the program only targeted females between the ages of 14-49 years and it exempted males and females under the fertility age and those approaching menopause age.

The latest International Conference on Population and Development (ICPD25) which was held in Nairobi in November and attended by approximately 19 thousand delegates has been hailed as a great success for population control and promotion of women’s health.

ICPD is greatly embraced by the UN and well funded by supporters of defunct Eugenics movements. It has been hailed as realistic means in achieving population control in third-world countries.

The most visible admirer of Eugenics who continues to practice abortion in Kenya unabated is the controversial Marie Stopes foundation. Marie Stopes was deeply radicalized by Eugenics beliefs to the extent of cutting her son out of her will for marrying a disabled person.

Sadly enough, Marie Stopes international chain of Planned Parenthood clinics has been advertising and offer abortions in the developing world openly. In Kenya, they have put on very suggestive adverts asking youths to give them a call in case they get pregnant as they  “have a solution to the pregnancy

Subscribe to watch latests videos
In this article:Eugenics, health