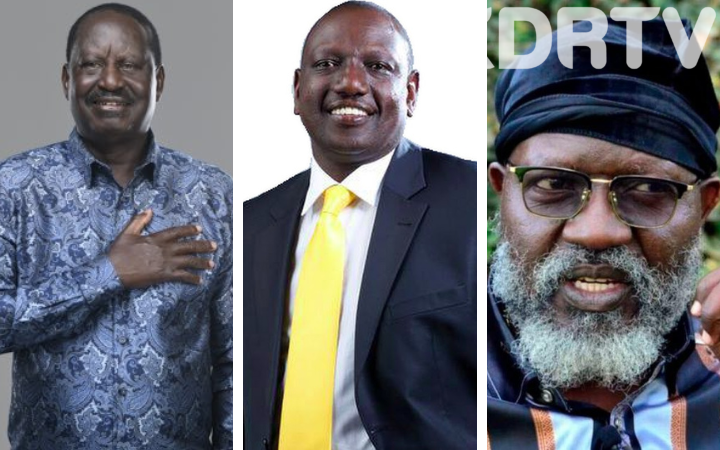 Recently, an opinion poll was done by the Tifa research. Nonetheless,  Raila has been placed at the first position as the most preferred presidential candidate in Nairobi with 50%. On the other hand, Ruto came second with 25% while Wajackoya came third with 7%.

“Nairobi County Poll! If elections were to be held today Raila Odinga will lead in Nairobi County with 50% followed by William Ruto with 25% and George Wajackoyah on the third position with 7%.” twitted tifa polls. 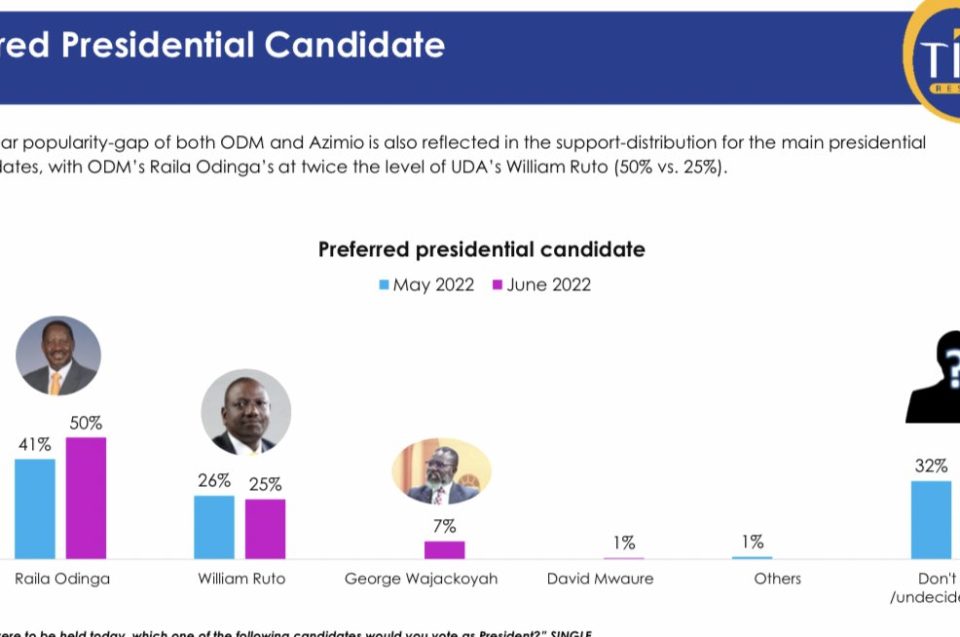 However, Raila’s popularity was twice as much as Ruto’s in a recent poll. According to the pollster, 632 respondents were interviewed across 17 constituencies in Nairobi.

The polls shows how Azimio flag bearer Raila Odinga’s popularity shot up while Ruto’s popularity dropped. The two candidates are considered to be the two frontrunners in the August polls.

On the other hand, Roots flag bearer Wajackoya is garnering all attentions of late. His promise to legalise hang has attracted much more attention from voters. His dressing style and latest debates too have given him much more popularity over a very short period of time.

However, another poll was conducted by Intel research solutions where 17, 127 respondents were present. Ruto became first with 51.2% while Raila garnered 42.5%. The other two presidential candidates Wajackoyah and Mwaure garnered 1.9% and 0.7% respectively. In the same poll, Nairobi still favoured Raila Odinga with 48.3% making him more popular than the other candidates.