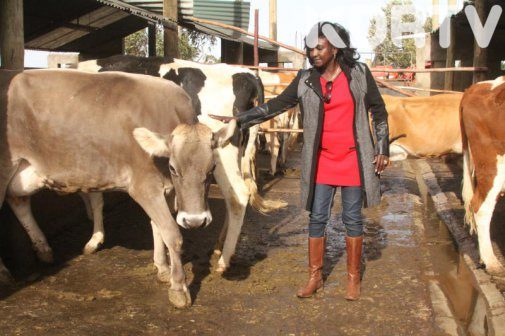 Uasin Gishu Women Representative Gladys Boss Shollei is one of the Kenyan politicians who have invested heavily in farming.

The former Chief registrar at the Judiciary owns a farm in Uasin Gishu where she rears a pedigree of cows, which include Friesian, Holsteins, Guernsey, and Brown Swiss breeds.

The Ruto ally has built sheds for the cows bearing in mind their well-being.

From the youngest calf to the most pregnant cow, the dairy cows are separated into cubicles where she keeps track of the lactation and feeding cycle.

The cubicles can accommodate more than two calves who have been separated from their mother three days after birth.

A synchronized mobile application has been deployed on the farm to help monitor each cow’s food and milk production schedule. This program is particularly handy because it allows her to monitor the animals without needing to be physically present. 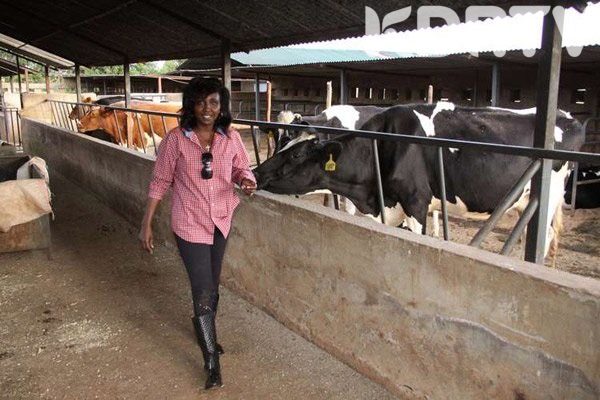 The farm has its own nitrogen tank, which stores sperm and determines gender ahead of time, ensuring that pregnant cows give birth to females.

Aside from high-tech computerized milkers, the farm features two 500-liter refrigerators, which the mother of four claims has been quite helpful in keeping the milk fresh; otherwise, they would have wasted a large volume of milk.

Shollei has also hired professionals to assist her in running the dairy farm. 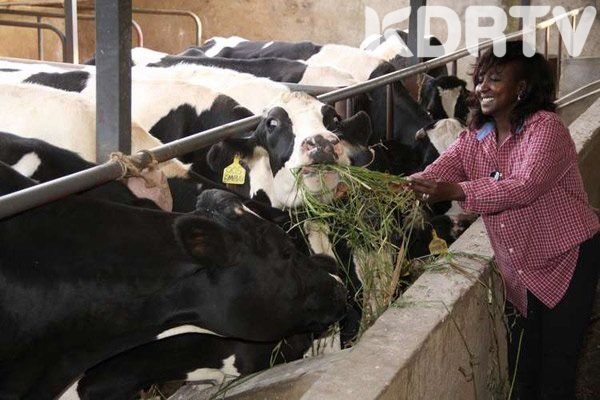 She is in the league of President Uhuru Kenyatta, DP William Ruto, and former Bomet Governor Isaac Ruto who own multi-million dairy farms across the country.

Subscribe to watch latests videos
In this article:Gladys Shollei