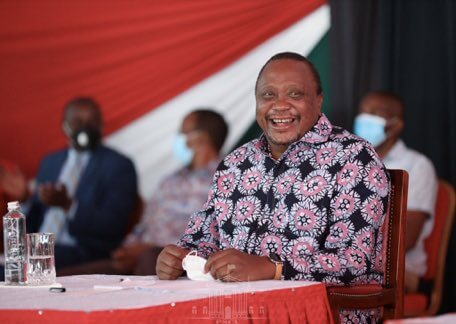 (KDRTV) – Kenyan Youths have demanded that President Uhuru Kenyatta waives their Higher Education Loans (HELB) and clears them from Credit Reference Bureau (CRB) if he wants them to vote in favour of the BBI referendum.

This comes a week after the President Uhuru agreed to give a Ksh 2 million car grant to all MCAs.

This has been interpreted by some quarters as bribing the lawmakers to pass the BBI report which must be endorsed by at least 24 County assembles.

In the car grant spirit, our CRB and HELB loans must be cleared before we pass this thing. pic.twitter.com/ucoyayBXqn

The Government will spend at least Ksh 4.5B to fulfil Uhuru’s promise to the MCAs.

Youths and Kenyans in general will have a final say on the report in a Yes/No referendum scheduled for June this year.

If MCA are given ksh 2000000 to pass BBI then fresh Graduates should be CRB and HELB loan clearance to pass the same, we need a robust consersation because this country not only belong to politicians.

The President and his handshake brother face a herculean task in convincing Youths to vote for the plebiscite as reports indicate that more than 70% of young Kenyans are opposed to plans to change the constitution.

However, the President can soften this stand if he waives the higher education loans and clears everyone from CRB.

The Daily Nation revealed this week that the number of Kenyans listed on CRB has hit 14 million. Majority of Loan defaulters are Youths.

I will only support BBI, if it will favor me as a comrade to clear up my names on CRB and Helb loan the same way MCA's have been granted 2 Million in order to pass it or else it will remain #BBINonsense.

Most Kenyan Youths miss out on jobs and credit facilities because of being listed on CRB and lack of clearance from HELB.

It is still too early to know if Uhuru will give the youths what they want.

The President has publicly asked Kenyan youth to back the BBI proposals because it will give HELB beneficiaries a 4-year grace period before they can start repaying their loans.