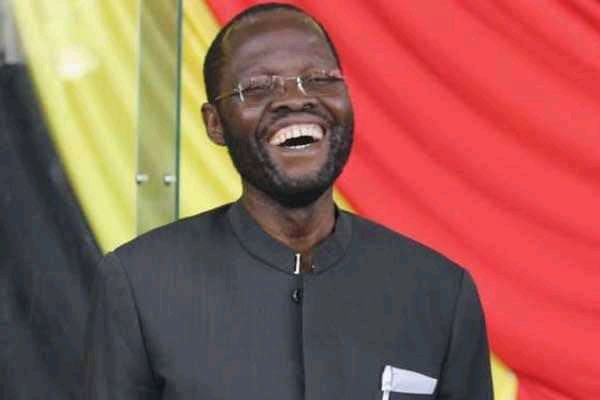 In a statement released by Kisumu county governor Hon Anyang’ Nyong’o, the chaos and razzmatazz that erupted during the second in command DP Ruto’s frenzied rally in Kondele was highly spirited by hustler nation supporters who clashed over handouts sharing saga that ignited an ugly and unbearable situation of pelting stones at DP Ruto’s mortocade.

“In these malicious rants, the activists led by former MP Boni Khalwale, Oscar Sudi and Dennis Itumbi claim that the chaos was planned and executed by employees of the Kisumu County Government. This is not only false, but utterly ridiculous, careless and a figment of imagination by these political hirelings struggling to please their paymaster” the letter reads

“We challenge the perpetrators of this false narrative to prove that the County Government planned, met it’s employees and instructed them to stone Mr. Ruto. Such proof must be accompanied by real evidence to cause chaos in Kondele. 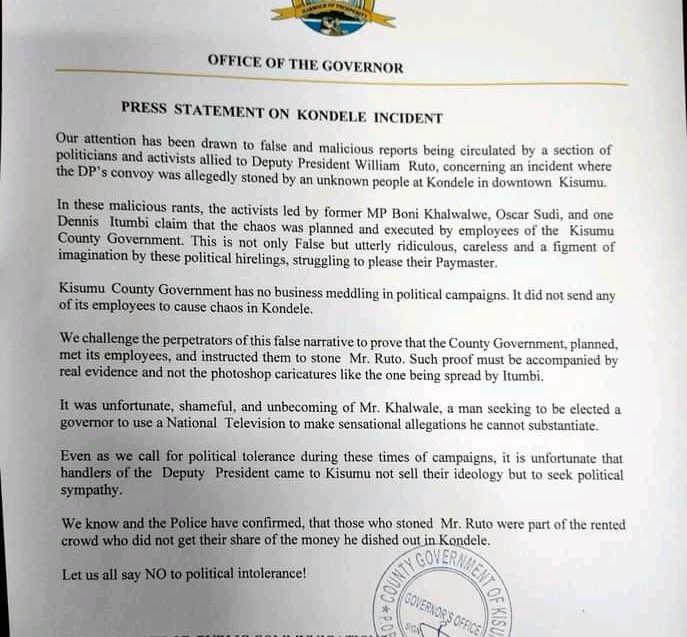