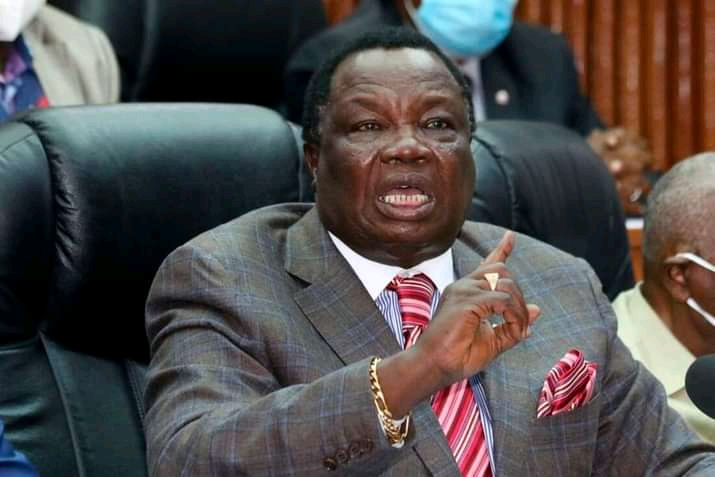 Mudavadi and his counterpart One Kenya Alliance partner Moses Wetangula turned down Raila’s invite to attend the Azimio la Umoja declaration ceremony at Moi International Sports Centre, Kasarani, today, 10th December, 2021, citing that Raila is there key competitor in 2022 general election and therefore, resorted to stick to personal engagements instead.

“I have just received an official invitation to Azimio la Umoja Convention. As noted herein, the invitation was addressed in my personal capacity as ANC Party Leader and not OKA Principal. Regrettably, I will not be able to attend because of personal engagements. Raila Odinga is a worthy competitor, I wish him well because tomorrow will clearly be his day in the sun” Mudavadi noted.

However, Baringo senator Gideon Moi who doubles as KANU chairman and One Kenya Alliance (OKA) principal together with his co-principal UDP party leader Cyrus Jirongo attended Raila’s convention despite their OKA brothers declining to show up for the event.

“I am happy that my party leader Gideon Moi showed up to celebrate the Azimio la Umoja convention here with Rt Hon Raila Odinga. But I only have one message to you Gideon, your father conditioner us to keep you active in politics. We are obliged to direct you when you go wrong. Please get out of OKA and join Raila’s ODM” Atwoli stated.

I Warned Uhuru To Tame Ruto, Now Look At How He’s Disrespecting Him- Atwoli