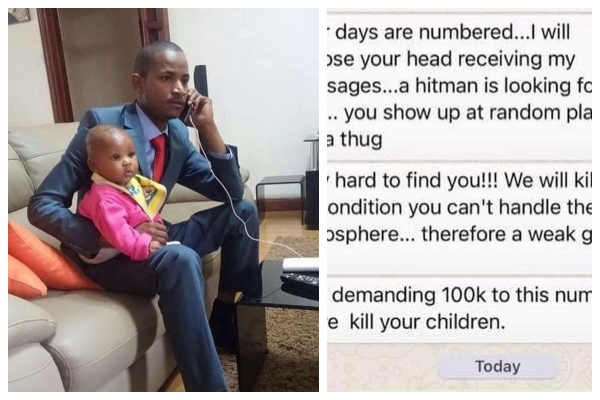 Embakasi East Member of Parliament Babu Owino claims his life and that of his family members are in danger.

The MP took to social media to expose a phone number that has been threatening to kill his kids and demanding Ksh 100,000. The father of three said the number has been texting him on WhatsApp demanding the cash.

He has, however, not yet reported the matter to the police station even though Kenyans advised him not to take the threats lightly.

READ ALSO: ‘Can’t Spend Money On Your Treatment Because You’re About To Die’ Cancer Survivor Shares How Husband Betrayed Her

The threats come barely a fortnight after the MP was accused of threatening a Citizen TV journalist.

The politician was exposed for allegedly threatening Kariuku for airing biased news that portrayed Raila Odinga and ODM in bad shape. He further accused the journalist of being on William Ruto’s payroll.

“You can enjoy your small cheo (post). You’ll take responsibility for the negative news you chose to air against Baba. We have proven beyond peradventure that you are on DP’s payroll,” read the message.

Owino later confirmed the threats insisting that Kaiuki was being paid by Ruto to share negative stories about Raila.

“One mongrel with a bird’s brain holding diploma in Journalism, who is paid by DP to mess and/or soil the otherwise good name of Citizen TV is Muraya Kariuki. Rotten to the core,” Owino wrote on social media.