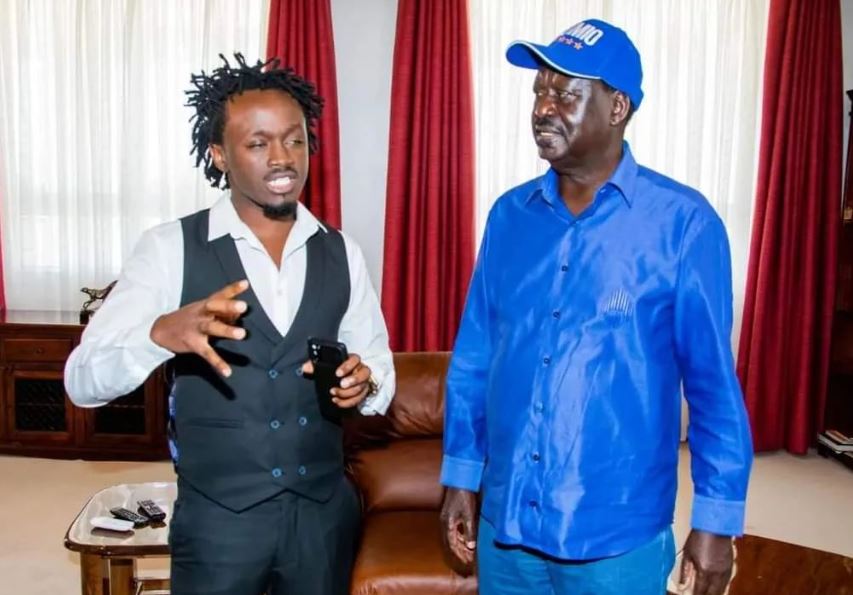 Raila who toured Mathare constituency on Sunday July 17 said that Bahati would land a job in the Azimio government if Raila Odinga wins in the August election.

“Here in Mathare, as Baba I know I have two children of the same race. Do you want me to advise you as Baba? This is what I want…I have Oluoch and Bahati, this is what I decide…Bahati is my child I will give him a job in government,” Raila said.

However, in a statement posted on his official Twitter account shortly later, the Jubilee candidate rejected Raila’s request to withdraw from the Mathare parliamentary election.

Bahati argued that he would be on the ballot, claiming that the citizens of Mathare have already decided he will be their next representative.

“Cleared by the Independent Electoral and Boundaries Commission (IEBC) and my party Jubilee Blessed by God and Mathare people have decided that their next MP is Bahati Kioko,” the musician turned politician wrote.

Bahati, who was sitting at the top of Raila Odinga’s campaign car during the rally, hurriedly departed the rally as soon as the presidential candidate endorsed his hated opponent.

It is believed that this is not the first time the Azimio la Umoja-One Kenya coalition party has thwarted the parliamentary attempts of the singer Bahati.

In an Azimio rally earlier this month Bahati was ejected out of the event before he could address his followers.

ODM secretary general Edwin Sifuna, and Polycarp Igathe, were seen signalling for Bahati to vacate the platform while cautioning the master of ceremonies not to offer him the microphone.