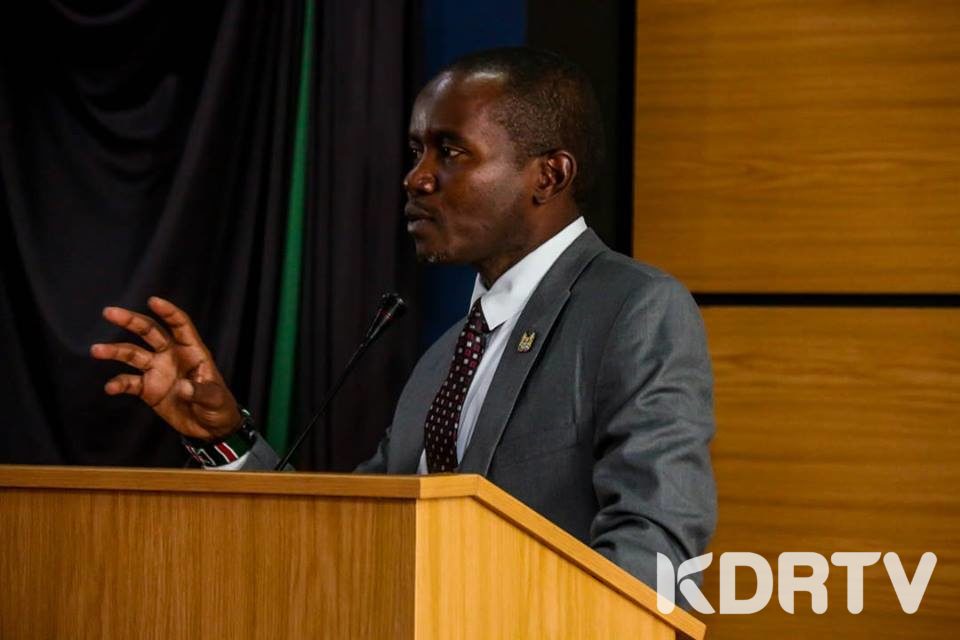 In an interview with a local Tv station Mucheru stated that the ODM leader will get the required 50 percent plus one vote needed to win the elections.

“We will not require a round two vote… All indicators are that he will take it in round One. The data we have, the opinion polls available and many other factors point to that reality,” Mucheru said

He argued that Raila does not need to be helped in wining through rigging and that will be impossible due to the advanced IEBC structures.

He accused the Kenya Kwanza brigade of sensing defeat and preparing their supporters to reject the election results by blaming government officials. Since no one is interested in stealing their votes, he urged them to approach the vote as though they will lose cleanly.

He questioned how he could be plotting to steal the vote when he has held a number of meetings with the Independent Electoral and Boundaries Commission (IEBC), security, media, judiciary, National Integration and Cohesion Committee (NCIC), diplomats, political parties engaged, and clergy.

“The electoral ICT systems are ready where by August 9 we will have 100 percent internet coverage in all the 53, 000 polling stations that will facilitate a free, fair and credible election right from identifying all the 22.1 million voter to casting the vote all the way to tallying and transmitting the results,”  Mucheru said.

He defended his political stand noting that being a  Cabinet Secretary does not take away his democratic right as a Kenyan.

“Since being a Cabinet Secretary does not in any way take away my democratic right as a Kenyan with freedom of choice in matters of national importance… we were taken to court in 2017 and the judiciary ruled that there is no law breached when government officers make a stand that helps their regime achieve its causes.”

Subscribe to watch latests videos
In this article:CS Joe Mucheru