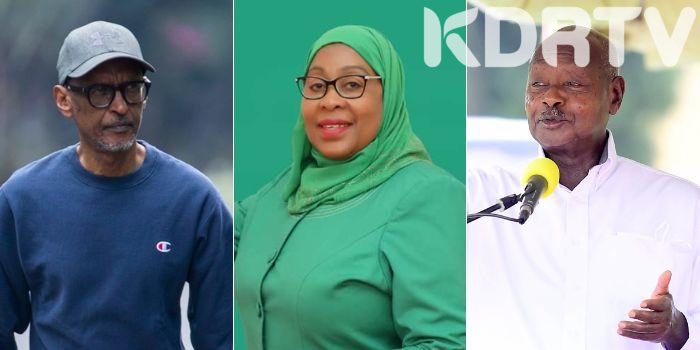 ICT Cabinet Secretary Joe Mucheru, has caused a debate online after claiming that there is a procotol determining how many times heads of state can visit the same country.

While responding to blogger Abraham Mutai’s sentiments that Paul Kagame, Museni and Samia Suluhu did not show solidarity to Kenya by failing to attend Kibaki’s State Funeral, Mucheru said that the Kenyan Government has a protocol that hinders heads of states of other countries against visiting frequently.

“They (Kagame, Museveni & Suluhu ) were here in Kenya twice in the last few weeks. There is a protocol on how many times heads of state can visit the same country. Don’t judge. Let’s give our late President an honourable sendoff. Thank you.” He wrote. 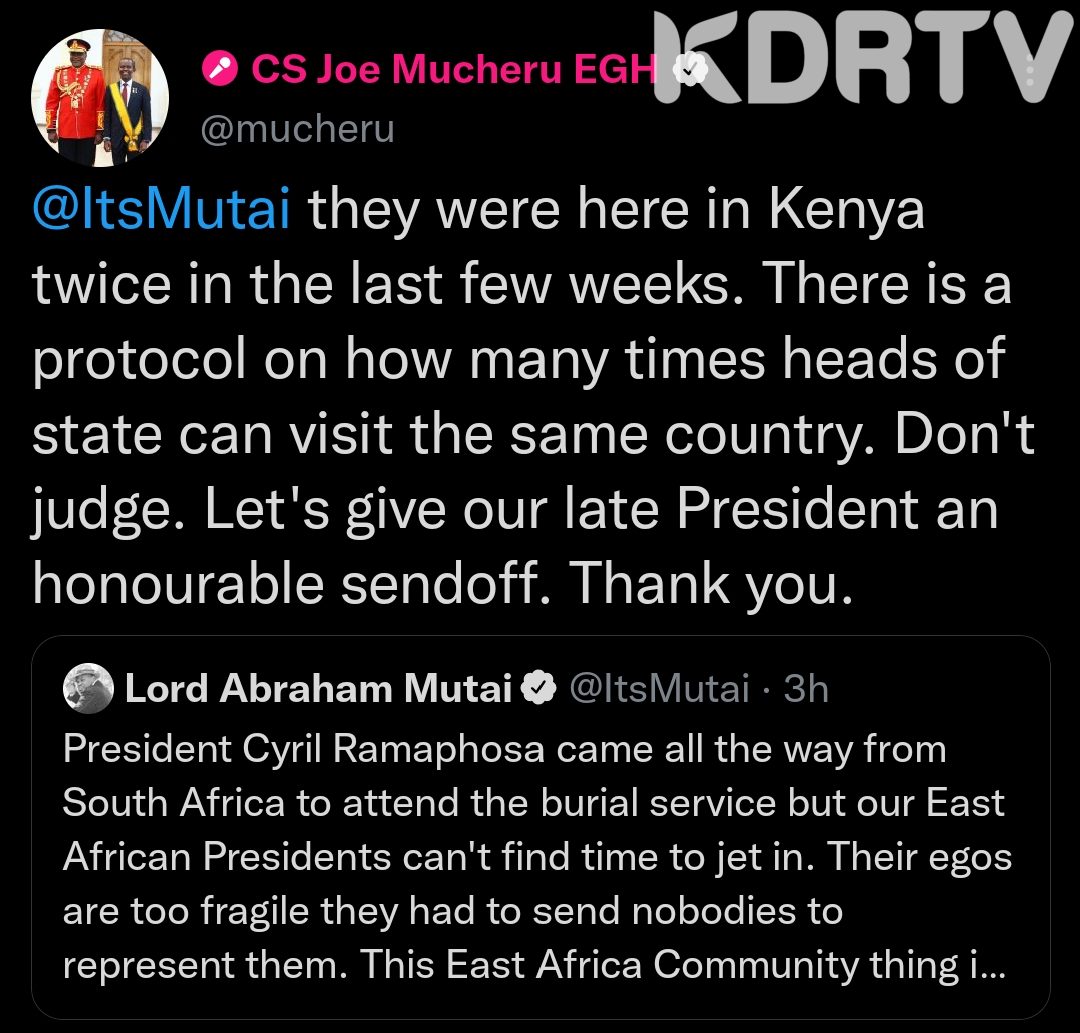 However, according to renowned foreign affairs experts John Gachie and Prof Israel Kodiaga there is no such protocol in the Kenyan laws.

“This is a more solemn issue and you do not plan when a President would die. Protocols do not apply in such circumstances as to when signing trade agreements. In fact, this is a non-issue to warrant being addressed as it’s more of a matter of showing support to each other. Gachie said as quoted by Kenyans.

Profesor Kodiaga noted that Kibaki had served in government in both Kenyatta & Moi’s era’s and was known internationally.

“He served with Museveni and Kagame, save for Suluhu and was integral in the formation of the East African Community (EAC). Much of what is celebrated in East Africa today can be traced back to Kibaki’s time.

“All presidents owe, in the spirit of the federation, ought to stand with their sister country Kenya. There is nothing worse than not attending an event of such magnitude and mourning is part of the African culture,” he stated.