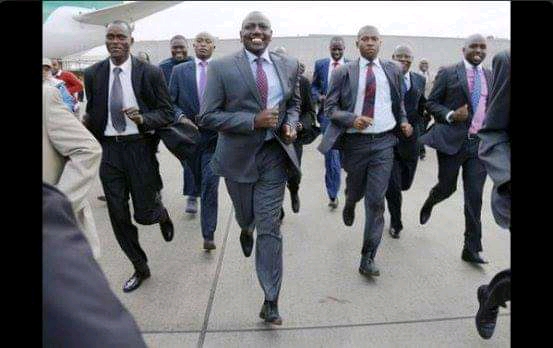 Speaking during the Tangatanga rally in Lwandeti, Lugari Constituency, Deputy President William Ruto intimated that the Deputy President’s position is equal to the Prime Minister’s posts and therefore, the former premier should be conditioned to point at various development projects he initiated during his era as the prime minister.

While boasting of Jubilee’s projects in Western region, DP Ruto faulted Raila, Kalonzo and Wetangula for allegedly serving their own personal interests when they were holding key government posts.

The second in command also urged Amani National Congress (ANC) party leader Musalia Mudavadi and his counterpart One Kenya Alliance (OKA) to bury their hatchets and join the wave of hustler nation movement in uplifting the lives of underprivileged.

Vihiga County Governor Hon Wilberforce Ottichilo who parted ways with Mudavadi will lead other ODM campaigners in Western to welcome Raila for a mega rally in Hamisi Constituency.