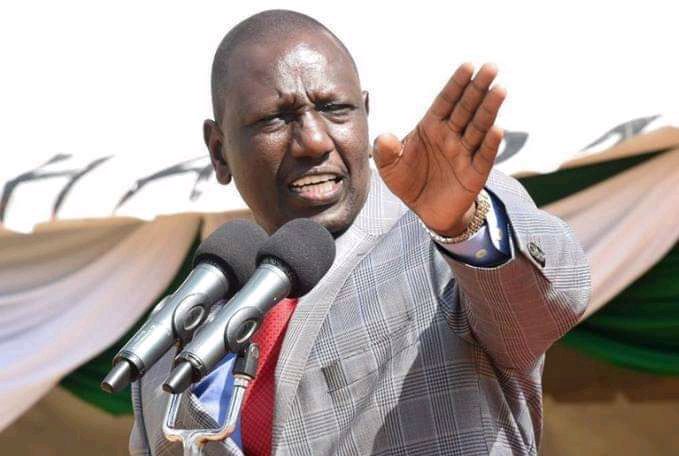 The hustler nation president William Ruto has angrily unleashed missiles at his key opponents in next year’s presidential race.

DP Ruto informed that leadership is not all about beauty and seeking deep state endorsement, but revolves around someone’s development track record that will garner him the votes. While thumbing for various Jubilee’s projects, Ruto hinted that despite the ODM party head serving in the government for lonh as the prime minister, Kalonzo being a vice president and Mudavadi serving in the capacity of a Deputy Prime Minister, there are no tangible projects they executed to the voters during their reigns.

“All these people we are competing with have served in the previous governments for long, Raila was a prime minister, Kalonzo was a vice president, Mudavadi was a deputy prime minister and some other top characters have been in the government, but true be told, is there any development project they executed during their era when they were serving in those positions?” DP Ruto stated.

While directing a far fetched attack at President Uhuru Kenyatta who hinted at supporting ODM party leader Raila Odinga’s presidency, DP Ruto insisted that leadership cannot be planned and discharged by the deep state. He revealed that Kenyans will play their constitutional role in electing their preferred candidate.

Ruto is Part of the Deep State – Raila now Roars Back