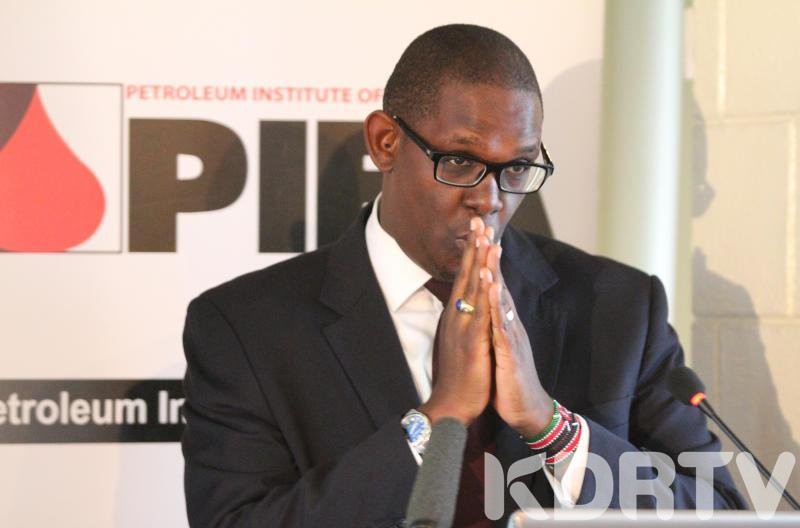 Interior Principal Secretary Karanja Kibicho has distanced himself from the alleged big war at State House. The PS, who has been at the centre of several confrontations with politicians among them Deputy President William Ruto and Nairobi Governor Mike Sonko, said that he should not be dragged into the mess at State House.

“Kibicho this, Kibicho that is becoming like an old broken record,”  The PS retorted when he was asked whether he has fallen out with State House Chief of Staff Nzioka Waita.

There were also reports that (Nzioka) Waita could have handed in his resignation, citing frustrations from within, although there is still no official communication from State House on this… https://t.co/ePSn81pNGX

A local daily reported that Waita has fallen out with Kibicho, his deputy Njee Muturu and State House Comptroller Kinuthia Mbugua.

According to the paper, the war is all about who will succeed Head of Civil Service Joseph Kinyua, who will be retiring in January.

Kibicho is the bookmakers’ favourite to take over from Kinyua but power brokers at State House want the powerful post to go to someone from the Mt. Kenya region. Waita is a Kamba from Machakos County.

Philip Magal: Nzioka Waita has proved himself as an astute public servant, he is the best man for the head of public service job.#KTNMorningExpress pic.twitter.com/EBauRfRaPp

Things have been so tough for Waita that he has been forced to take a ‘sabbatical’ leave from State House.

There were tell-tale signs about the power struggle at State House when Presidential Delivery Unit (PDU) was moved from Waita’s docket to the Interior Ministry, in an effort to clip his powers.

Waita is considered the fastest rising man in government circles since he was head-hunted from Safaricom in 2015 where he was working as the Corporate Affairs Director.

@StandardKenya reports that the highly professional and diligent @StateHouseKenya Chief of Staff @NziokaWaita "is under siege" from top men keen to succeed Head of Public Service Mr Kinyua. But could the story have been "influenced" in one way or another? @DCI_Kenya @EACCKenya pic.twitter.com/O7I33Gv0go

President Kenyatta first picked him as the head of PDU. Two years into his appointment he rose to become the deputy to Head of Public Service Kinyua. He was appointed the chief of staff in January 2018.

Those who know him describe him as a professional person who works really hard. Although he is said to be easily accessible, he does not tolerate nonsense. He is ruthless when it comes to dealing with performance-related issues.

Waita is an advocate of the High Court of Kenya and a certified public secretary. He holds a Bachelor of Laws (LLB) degree from the University of Sheffield in the UK.