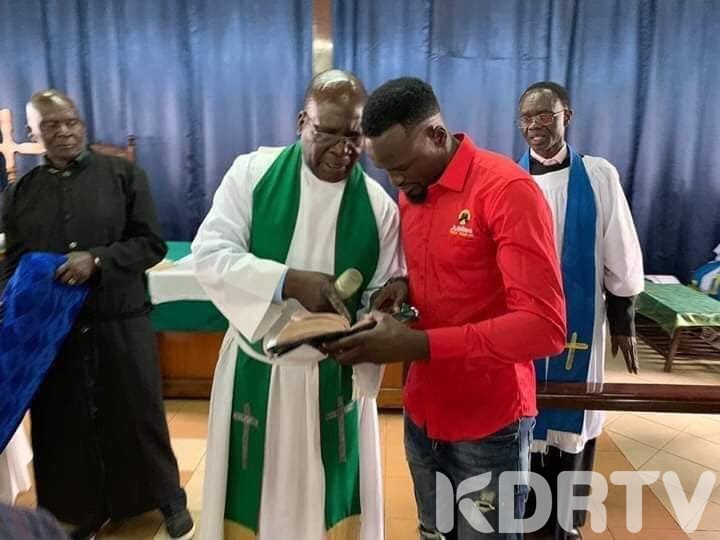 Deputy President William Ruto has come under huge criticism for allegedly buying national identity cards from Kibra voters ahead of the November 7 by-elections.

On Wednesday, Kenyans stormed Twitter under the hashtag #StopBuyingIDs in which they complained of

the vice that has allegedly been happening at Ruto’s Karen residence.

Kimwarer Arap Mashamba and SINDIYO are engaging in a dangerous game. We already reported the buying of IDs in Kibra to authorities, they did not act on it. Nisikie mtu akisema msichukue Sheria mkononi #StopBuyingIDs

According to unconfirmed reports, someone at the DP’s residence was inviting Kibra residents to Karen and then buying their IDs. Details of the IDs were then verified through IEBC’s KIEM’s Kits which are also believed to be at the Karen residence.

How special is this idiot Kennedy Odhiambo alias Kentrack who roams in kibra and Karen purchasing ID cards for Mariga and his demigod Ruto! Kijana #StopBuyingIDs or go live in Karen with your crook! You're a disgrace to Kibra community. pic.twitter.com/tYUXjZu1LI

At the infamous house in Karen, no phones or cameras are allowed. A house paid by tax payers money is being used for outright theft#StopBuyingIDs

Kikuyu MP Kimani Ichungwa and his Langata counterpart Nixon Korir have also been heavily mentioned in the syndicate of buying IDs.

On October 9, ODM officials led by Chairman John Mbadi and Secretary-General Edwin Sifuna accused Ruto of having KIEM’s Kits at his residence.

According to ODM, Kibra residents who are invited to Ruto’s Karen residence are made to surrender their national identity cards, which are then verified with the gadget to determine their registration status before they are engaged.

The Orange Party, which has fielded Imran Okoth in the by-elections, also claimed that senior IEBC officials were working with Ruto to ensure Jubilee Candidate MacDonald Mariga wins the polls.

I am seeing this #StopBuyingIDs hashtag.

I want to tell you all that the evidence We collected was forwarded to @TheODMparty officials 3 weeks ago….THEY DID NOTHING about it..

Information about parallel voters register us also with them,they are DOING NOTHING.

It has come to our attention that KIEMS kits were taken to Karen amidst tight security and a delegate of Kibra residents are already voting. The voters were stripped of any device that can record. @IEBCKenya is fully aiding this electoral malpractice! #StopBuyingIDs

“I have heard there is this Ruto’s man called Farouk Kibet. He usually brings money here at night. I am urging you as Kibra people to burn them alive if you find them here,” he said.

However, Mariga’s supporters have alleged that ODM has sensed defeat in the coming elections and hence the rigging claims.

Whoever advised Raila to quit the last presidential race should also advise Imran and his zombies to do the same .
#StopBuyingIDs pic.twitter.com/ycpWrqzZVk

The people have made an advice decision.

Kibra is no longer going to be held hostage #StopBuyingIDs