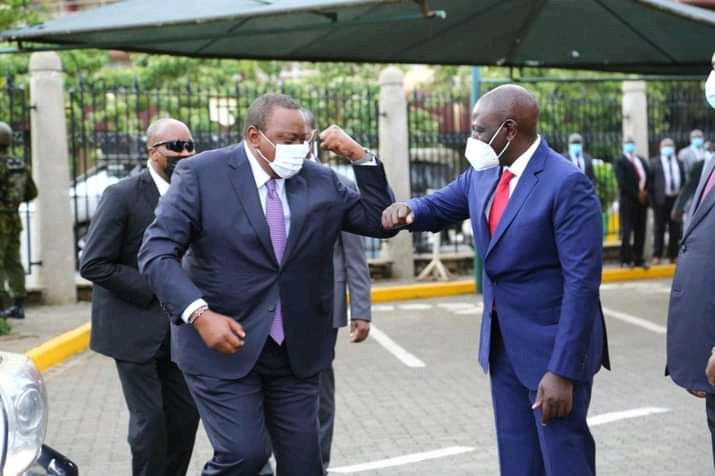 DP Ruto’s ally Simon Kiambi was declared the winner by the Independent Electoral and Boundaries Commission (IEBC) after garnering 2,440 votes which represents 35% of the votes casted.

The hustler nation head DP Ruto has led the Tangatanga legislators to flare the congratulatory notices to the Simon Kiambi.

“The People of Kiagu and Mahoo wards in Meru and Taita Taveta counties have given the economic agenda of the Hustler Nation a big thumbs up. They have also said yes to one national party for all. Congratulations Hon Simon Kiambi for winning in Kiagu,” Excited DP Ruto said.

However, the Jubilee party carried the day in Mahoo Ward by-election by winning with a landslide against the hustler nation candidate.

This has tapped a greenlight and breath of hopes to Uhuru’s Jubilee party which has for umptheenth times been associated with collapsing claims especially after more than 150 lawmakers decamped to other bigwig parties ahead of 2022 general election.

DP Ruto Asks Raila And OKA to Name Their Candidate, Says They Shouldn’t Cry of Votes Rigging In 2022