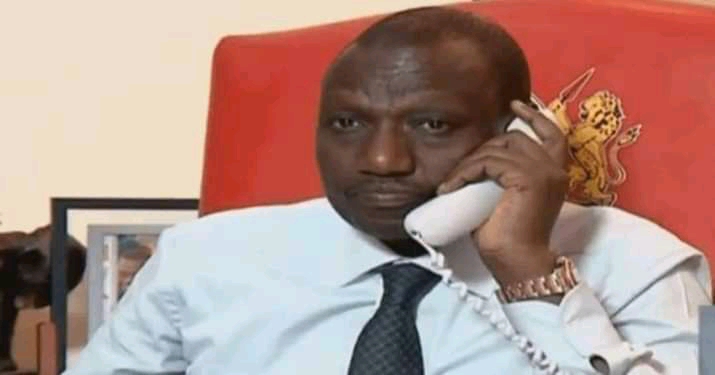 As the second in command DP was crisscrossing Nyamira County, Hon Patrick is said to have informed DP Ruto about Ken Osiende’s stressful life of being jobless despite having the quality credentials that would secure him a lucrative job.

Deputy President William Ruto promised to intervene and offer Ken Osinde a job in the government. “It was Patrick who informed Deputy President William Ruto that we have our son here who is qualified for any lucrative job but he is currently jobless. DP Ruto promised to intervene and secure Ken a lucrative job in the government” Osoro noted.

He also informed that DP Ruto called Patrick and requested to speak with Ken in person via a phone call. Osoro confirmed that Ken received a phone call from the second in command who offered him the post of chief of staff in his office.

“Patrick called Ken and told him that if you will receive a call from a number that ends with 97, just know that it is the Deputy President William Ruto calling and has something for you. That is how our brother Ken landed the chief of staff post in the office of the Deputy President” he added.

While drumming support for Bottom-up economic model, Osoro opined that DP Ruto move to single out Ken Osinde (Jobless with no connection) to work in his office is a true indication of resuscitating the lives of underprivileged in the society.

Silvanus Osoro: From a Chokoraa to William Ruto’s Commander