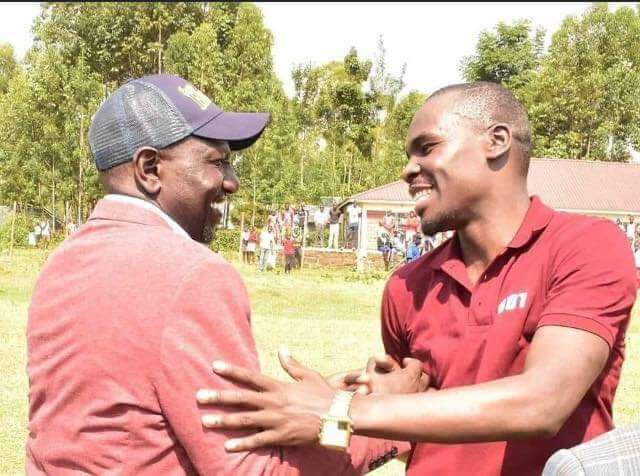 (KDRTV) – South Mugirango MP Silvanus Osoro is the man of the moment thanks to his theatrics at a funeral on Monday.

Osoro, a key Tanga Tanga member, confronted his counterpart for allegedly attacking Deputy President William Ruto who was also at the event. 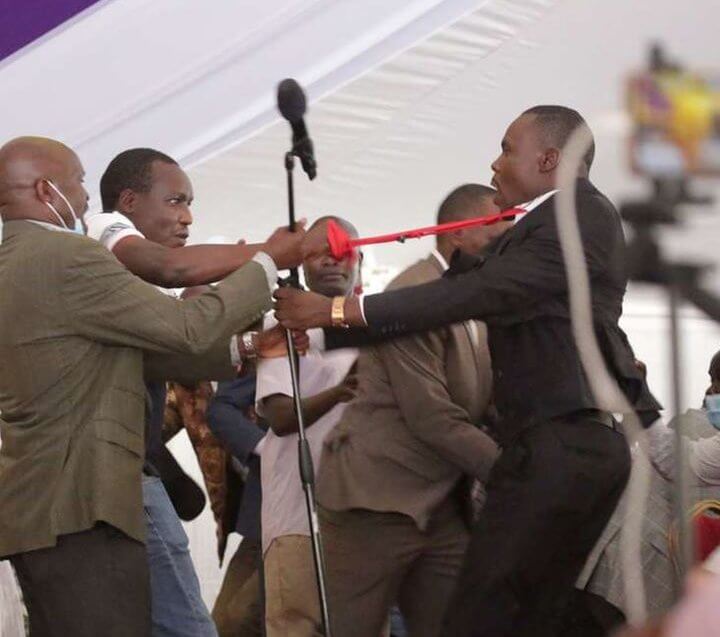 Until Monday, very little was known about Osoro, a first time MP who hopes to be President in 2037.

His is a story of resilience. The undying spirit of the Hustler Movement, where one believes its possible to move from owning a wheelbarrow to a bicycle, a Probox and even a helicopter like his boss William Ruto.

Osoro was born in a relatively modern family in his native Kisii. His father was a high-school teacher and his mother a nurse in Bomet.

It was all good until his mother died suddenly when he was in class 4. His dad couldn’t bring himself to accept the death of his dear wife. The devasted old man died four months later leaving Osoro and his siblings at the mercy of relatives. Osoro was taken by an uncle in Nairobi.

Things were cool at first but hard luck struck again when his uncle was arrested and jailed for two years. His business crumbled and the wife was unable to take care of them.

Young Osoro was forced to run away from home. He found himself roaming the streets of Nairobi as a chokoraa.

“I ran away from my uncle’s house to the streets of Nairobi so that I could look for food.  I stayed in the streets for five months, sleeping on pavements,” he said in a previous interview.

One day, one of his uncle’s neighbors found him on the streets and took him back home.

Osoro ran away again, this time to stay with another uncle at Mukuru kwa Reuben slums. Instead of taking him to school, the relative introduced him to the business of selling scrap metal.

Tired of city life and after saving enough money, Osoro and his kid brother took a bus to Kericho to stay with another relative.

While in Kericho, he went back to school and sat for his KCPE.

“I scored 406 marks out of a possible 500 and was the top student in our division. I was admitted at Kapsabet Boys High School,” he said.

Unfortunately, he didn’t join Kapsabet due to lack of money.

He went to three different secondary schools, sometimes staying at home for long periods to look for school fees.

In 2005, he sat for KCSE and scored a B+. He was admitted to Kenyatta University to study Education but he declined the offer because he wanted to do Commerce.

He moved back to Nairobi, this time as a newspaper vendor along Bunyala Road. He also sold second hand clothes to working class women in the CBD.

It is also at this period when he enrolled for classes to study CPA 1 and later CPA II. 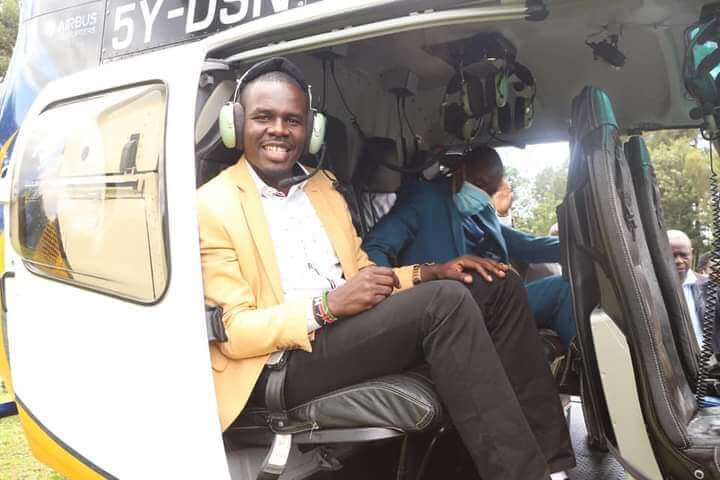 Osoro in a plane

Today, Osoro has a Law Degree from Mt Kenya University.

He married to a gorgeous Meru woman and together, they have three sons.

Mr Osoro, 32, shocked many people when he was elected on a little known Kenya National Congress (KNC) in 2017.