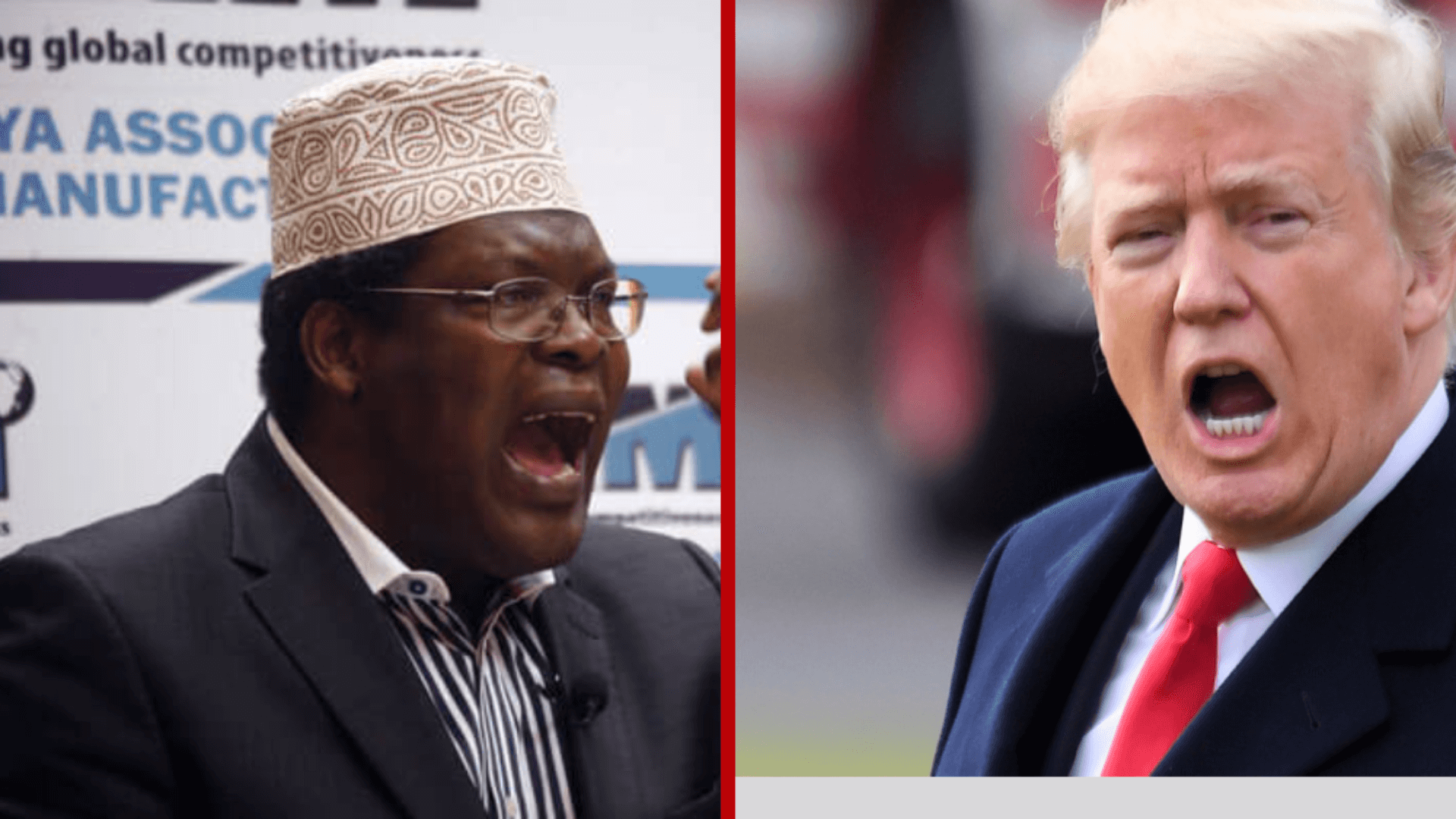 (KDRTV) – Self-proclaimed National Resistance Movement (NRM) General has reached out to US President Donald Trump, offering to swear him in as the people’s president.

Dr. Miguna, described himself as an experienced barrister and solicitor and asked Trump to reach out if he needed help.

“To Mr. @realDonaldTrump: I am an experienced Barrister & Solicitor in Ontario, Canada. I have received instructions from millions of Kenyans asking me to swear you in as “The People’s President.” Please get in touch so that we can discuss my fees and other incidentals,” Miguna said.

To Mr. @realDonaldTrump: I am an experienced Barrister & Solicitor in Ontario, Canada. I have received instructions from millions of Kenyans asking me to swear you in as "The People's President." Please get in touch so that we can discuss my fees and other incidentals. MM

Trump’s path to re-election has narrowed after his opponent, Republican’s Joe Biden was declared the winner of Michigan and Wisconsin, tow swing states that the President claimed in 2016.

With 264 Electoral College votes, Biden needs to win in only one key state to reach the magical 270 votes and claim the US Presidency. The former Vice President is on course to do just that as he continues to lead in key battle states of Nevada and Arizona.

Trump has promised to Challenge the outcome of the elections in the Supreme Court, citing what he believes to be massive rigging. The President has specifically pointed out the validity of mail-in ballots.

Joe Biden: "We are campaigning as Democrats — but I will govern as an American president." #Election2020 https://t.co/vSS3UFWoyj pic.twitter.com/DA8GBvo7z4

Millions of Americans voted early through the mail-in ballots as one of the measures to curb the spread of COVID-19. However, most states only started counting the ballots from the election day on November 3.

Trump has severally claimed that they are stealing his election victory.

“They are finding Biden votes all over the place — in Pennsylvania, Wisconsin, and Michigan,” Trump said on Thursday.

How come every time they count Mail-In ballot dumps they are so devastating in their percentage and power of destruction?

The President had declared himself the winner of the elections on Wednesday morning, despite the fact that several states had not been called. This forced Twitter to censure his tweet.

Subscribe to watch latests videos
In this article:Donald Trump, Miguna Miguna, US Elections