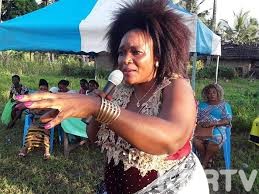 KDRTV-An expelled Senator from Jubilee Party who failed to attend the State House meeting convened by the President has shocked Kenyans as pleads for mercy from the Party leadership.

In a remorse laden letter, she sent her apologies to the President through the Senate Chief Whip senator Irungu Kangata to spare her expulsion from the party which will consequently render her seat in parliament at stake or losing it completely.

In the letter she has completely changed her tune and endorsed the party leadership structure and seems to have abandoned her support to the Deputy President William Samoei Ruto in order to save her job.

The other 5 senators have not yet sent any replies to the show cause letter and they might automatically lose their senate seats because they were nominated by Jubilee Party and if expelled from the party this will render them party less and lose their party membership and seats in parliament. 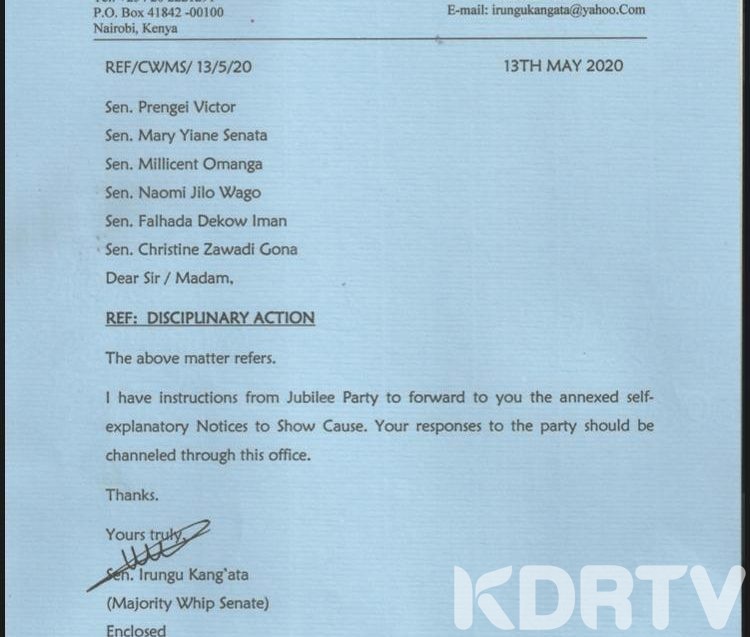 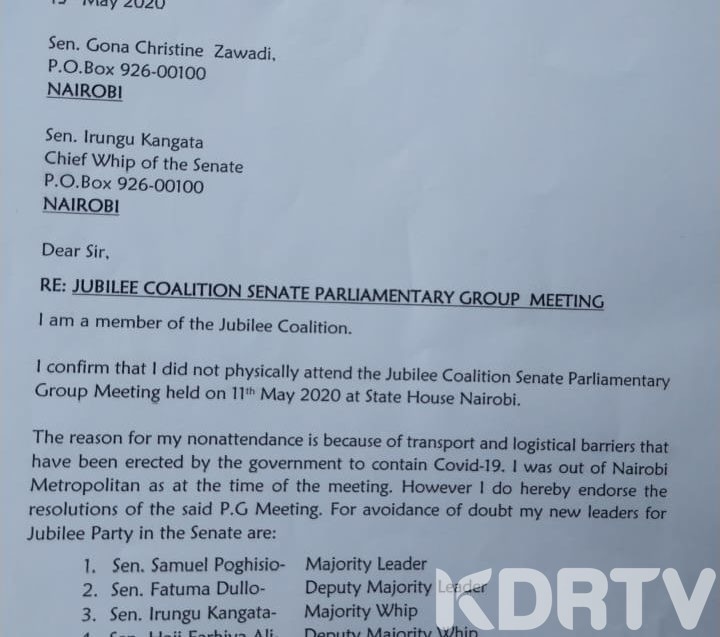 Subscribe to watch latests videos
In this article:Jubilee Fallout