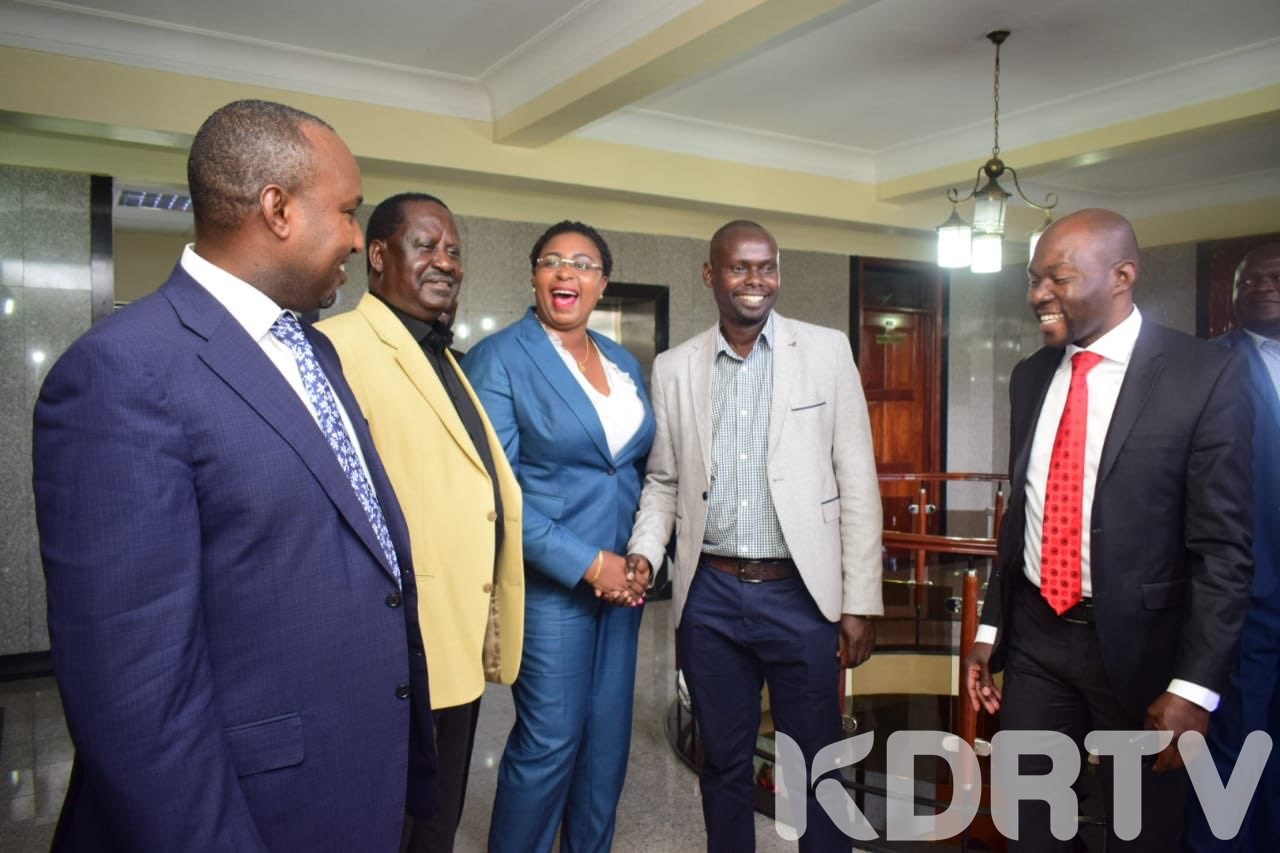 On Tuesday, the vocal coastal politician met Raila Odinga and other party officials at County Hall in Nairobi where she declared that she fully supports Imran Okoth because ODM is her home and her DNA is ODM.

“Malindi MP Aisha Jumwa says ODM is her home and her DNA is ODM. She says she fully supports Bernard Okoth Imran, our candidate for the Kibra Parliamentary seat in the November 7 by-election.” ODM posted on their official Twitter handle.

This will bring to an end her frosty relationship with the orange party since last year. On March 1, ODM announced that Aisha Jumwa had been expelled from the party for gross misconduct.

In June last year, during a political rally, Jumwa openly declared that she had made up her mind to campaign for Ruto in the 2022 elections.

It is not clear when and how she changed her mind.

In Kibra, she will be campaigning against Ruto’s team which is rooting for former Harambee Stars midfielder MacDonald Mariga, who is vying on a Jubilee ticket.

The Kibra by-elections will be held on November 7. The seat fell vacant following the demise of former MP Ken Okoth, who succumbed to cancer in July.