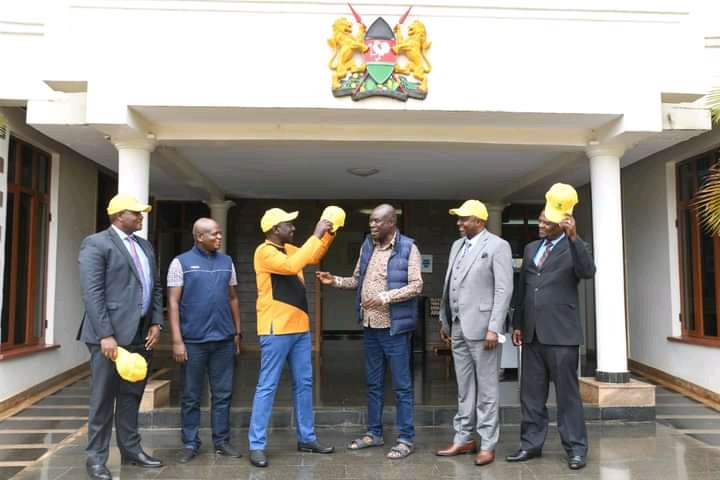 Bungoma Deputy Governor Charles Ngome who has had political feuds with Ford Kenya party leader Moses Wetangula over the allegations that Bungoma Governor Wickliffe Wangamati and his deputy were grooming a ground to oust him from the top seat in Ford Kenya party.

“At Karen residence in Nairobi County, met and engaged with Bungoma Deputy Governor Prof Charles Kibanani Ngome and CECM for roads, infrastructure and public works Collins Mukhongo. They have boldly committed to support Hustler Nation and walk with us in the transformation journey of our country through revolutionary bottom-up economic model” DP Ruto wrote.

Hon Charles Ngome is seeking to battle out Ford Kenya party leader Moses Wetangula from Bungoma senatorial position in 2022. On the same note, Governor Wangamati who fell out with Ford Kenya has been linked to joining Deputy President William Ruto’s United Democratic Alliance (UDA) where he will face off Speaker of the Senate Kenneth Lusaka in next year’s gubernatorial race.

Moses Wetangula has hinted that although Lusaka is yet to make a public declaration on the political vehicle he will use to wrestle down Wangamati, but negotiations are ongoing to pack him in Ford Kenya which will be an added bonga points to One Kenya Alliance partners.