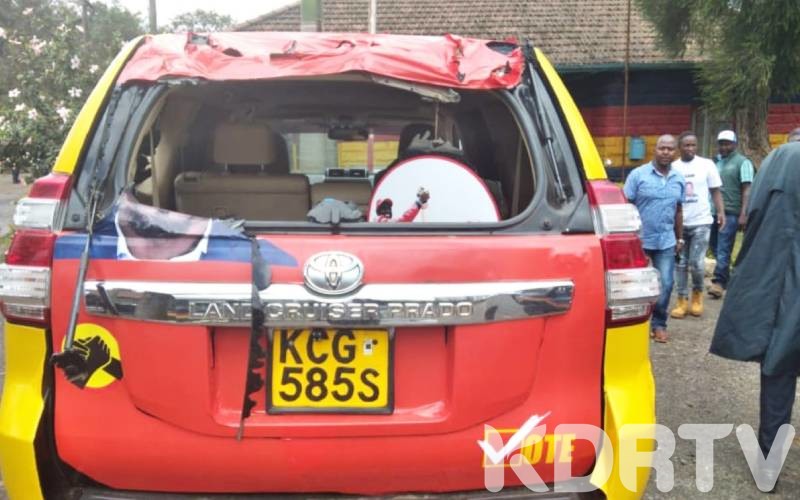 As the country was busy celebrating the win of the Marathon holder Eliud Kipchoge, Kibra residents descended on Jubilee flag bearer McDonald Mariga with stones stopping his campaign cars.

Just a week ago, Mariga pulled out a huge crowd that sent chills to his competitors and rivals, but things have taken a new twist.

Earlier today, his trail of campaign vehicles were bombarded with stones and tyres set ablaze just a few meters from a billboard that held his face.

To be honest, I thought Kibra by-elections would be an under-the-radar matter and life would go on. Now 4 uncaring individuals have turned it into high stakes for their personal agendas.

According to sources on the ground, it has been established that the chaos were triggered by the irregularity claims and suspicion of foul play in the upcoming Kibra-by elections.

Residents were captured chanting loudly claiming they did not want his presence in Kibra while others alluding that he would not be their MP.

“You have come here to rig the elections and eat tax payers money. We will not let it happen,” said a member in the crowd.

This comes just a few days after the ODM party through their leaders petitioned to the electoral commission requiring probe into vote rigging claims that had earlier been made. 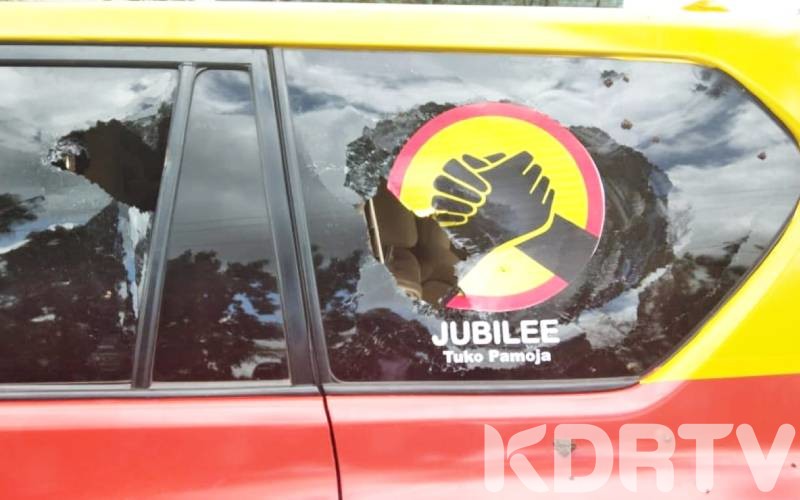 The ODM through their secretary General Edwin Sifuna and Minority leader John Mbadi scheduled an appointment with the IEBC officials and they came to a conclusion that the allegations would be investigated and probed.

“Regarding issues of election malpractice and suspected vote rigging, we will appoint an investigator from the commission who will probe and give us a report,” said IEBC Chairman Wafula Chebukati.

The Kibra by-election has been a presumed supremacy battle between Deputy President William Ruto and ODM leader Raila Odinga.