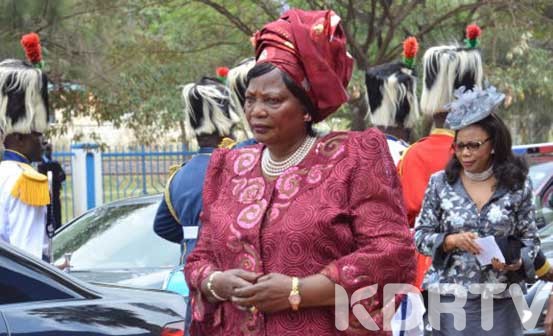 Treasury revealed that she receives the huge money in her capacity as the only surviving spouse of Kenya’s founding President Mzee Jomo Kenyatta.

When Mzee Kenyatta passed away in 1978, there was no law that stipulated on the benefits and perks that his widow would be entitled to. However, in 2003, Parliament enacted a law that established a legal framework for the pension of retired presidents and their wives.

“Upon the death of a serving President or of a retired President who is in receipt of or who is entitled to a pension under this Act, his surviving spouse shall be entitled to benefits amounting to fifty per cent of such pension,” the  Presidential Retirement Benefits Act reads in part.

It is not clear if this law applies to Mama Ngina. Reports indicate that she has been receiving the perks long before her son was elected President in 2013.

Mama Ngina Kenyatta is considered one of the richest women in East and Central Africa. She controls the Kenyatta family Business empire that includes large tracks of land, interests in banking, dairy farming, media and hospitality.

Those who know the family business well say the Kenyattas will are well placed to continue to grow their wealth on the basis of the political clout the family wields, strong business ties and the orderly manner in which the business is run.