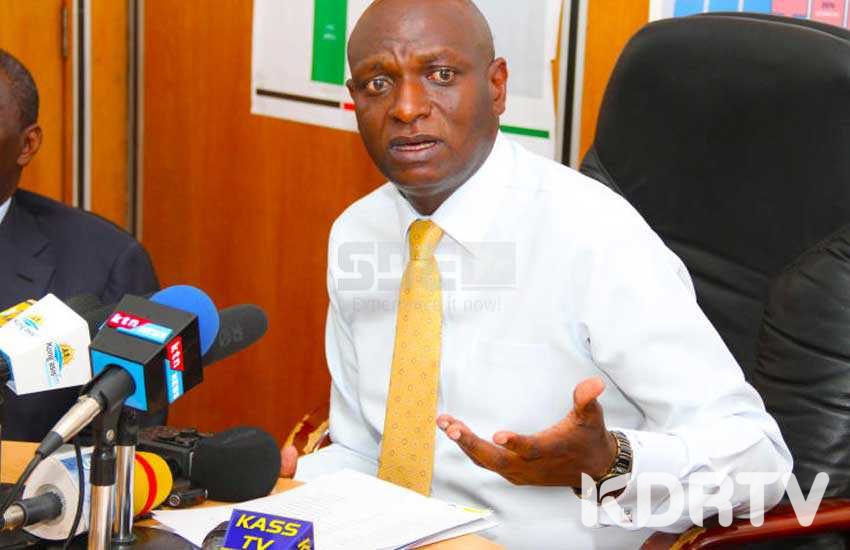 An elaborate plan has been hatched by powerful people in State House to get rid of Energy CS Charles Keter from government.Those in the know say, CS Keter has used the energy ministry to siphon billions of cash to DP William Ruto. Of much concern is the Kenya Pipeline Corporation where CS Keter together with DP Ruto have employed hundreds of their community members.

”CS Keter is the next person in line. He has been using his position to influence operations of the Kenya Pipeline as well as KPLC. His time is now up,” said a source familiar with the plans.

Power barons have been targeting both former Treasury CS Henry Rotich and Energy CS Charles Keter. The two had been touted as DP Ruto’s strong men in government who have placed Ruto at the center of power by virtue of his influence of the two CSs. Both Energy and the Finance ministries are key in running of the country.

The elaborate plan started with Henry Rotich who has since been axed from Treasury and now all eyes are on Charles Keter. Also targeted are various heads of parastatals believed to be Ruto friendly. This operation is informed by the fact that Ruto has been using his allies in government to engage in corruption and loot public resources.

Once all Ruto’s allies have been replaced from government, the next plot will be incapacitate the DP in his operations and frustrate him to a point of leaving the government. If that happens, then real politics will now begin of making him the country’s political bogeyman. Already, Interior CS has taken over some function supposed to be performed by the DP’s office.