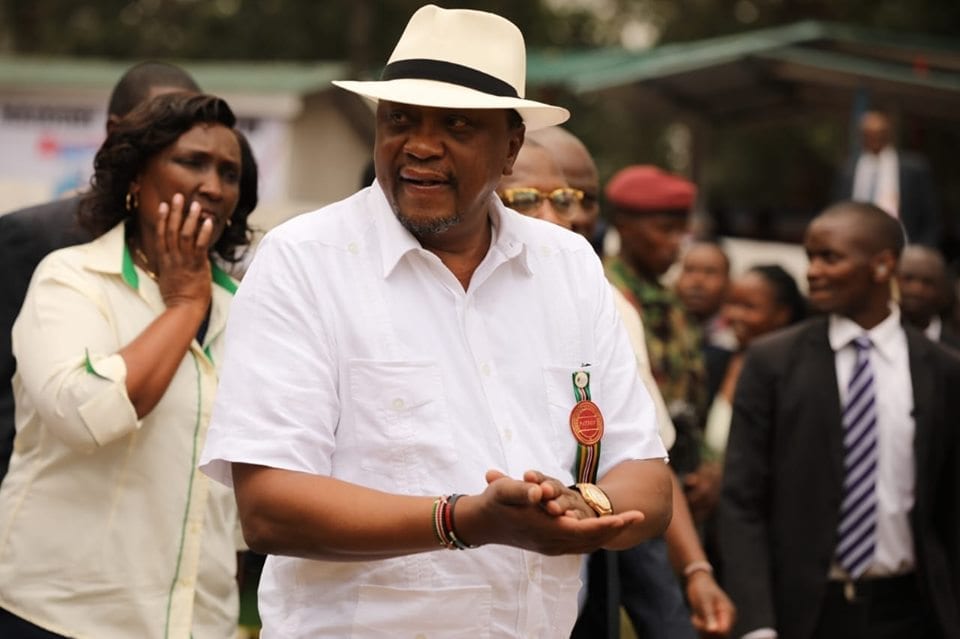 President Uhuru Kenyatta is anticipated to exert his influence and mobilize the Mt. Kenya region behind Raila Odinga with 2 weeks ahead of the August 9 polls a move which might be a game-changer for the former Prime Minister who is aiming to replace Mr Kenyatta.

President Kenyatta is expected to exercise his muscles in his backyard and support Raila Odinga and Martha Karua in the Mt Kenya region.

The head of state will flex his muscles during a well-planned tour, combining the launch of government projects with campaigning as he explains to his home territory why they should support the duo of Odinga and Karua.

His first destination will be in Nyeri, where he will inaugurate the Mwai Kibaki Hospital, which has been upgraded and renamed Kenyatta National Hospital Othaya Annex in honor of former President Kibaki.

Additionally, the head of state will tour the region to thank the electorate for their amazing support, which enabled him to complete his two mandates, and to provide them with political guidance.

“The president will also use the opportunity to thank Mt Kenya residents for voting him for ten years and bid us goodbye. We are privileged that his goodbye is by way of launching and commissioning development projects,” Kieni MP Kanini Kega says.

The packed program will also include the unveiling of the Sh350 million, 170-bed Narumoru level Four Hospital established under his rule.

Uhuru will also inaugurate Chaka market, which has been renovated at a cost of one billion shillings to stimulate trade and provide a ready market for regional farmers.

In addition, the president will visit the Karicheni area, where he will inaugurate the clothing centre project, which will employ over 5,000 young people and tailor police and military uniforms.

His itinerary also shows that he will visit Kimathi University and lay the cornerstone for the institution’s Sh3 billion Cancer Centre.

Experts believe that, since this is the president’s final visit, he would go all out to garner support for the Raila-Karua ticket.