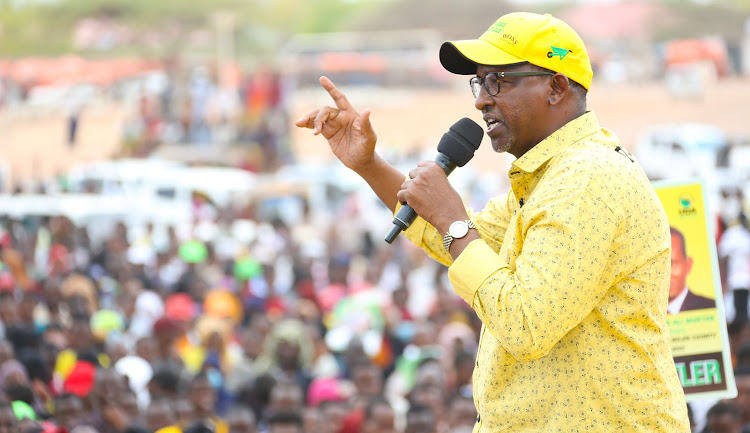 According to the MP, the President used opposition politicians to attempt to depose Ruto.

This follows accusations that the President told a gathering of Mount Kenya elders that Ruto sought to impeach him, prompting his decision to seek the assistance of ODM leader Raila Odinga via the Handshake.

“You tried day and night to bring an impeachment motion against DP, using your friends like James Orengo. But because the Constitution in the impeachment of the President and the Deputy President has set a very high threshold you, could not attain those numbers,” Duale said.

The Garissa Town MP added that the president shifted the story to blame his deputy.

Duale noted that if Ruto desired power, he would have refused to relinquish it upon his return from the ICC.

“William Ruto became an Acting President when you went to Hague when you were facing serious crimes of humanity, he gave you the seat when you came back.” He said.

The sentiments by Duale come barely a week after the head of state met with over 3000 Mt Kenya elders at state house in Nairobi and told them why he fell out with his deputy.

According to politicians who attended the meeting Uhuru alleged that DP Ruto had tried to impeach him with the help of ODM Leader Raila.

The ODM leader has distanced himself from the claims but his right hand man Junet Mohammed claims there were talks in early 2018.

“The deal was too enticing to us but we had to weigh it carefully. Why would we settle for the Number Two slot when our party leader was himself more qualified for the top job?” he told the Daily Nation.