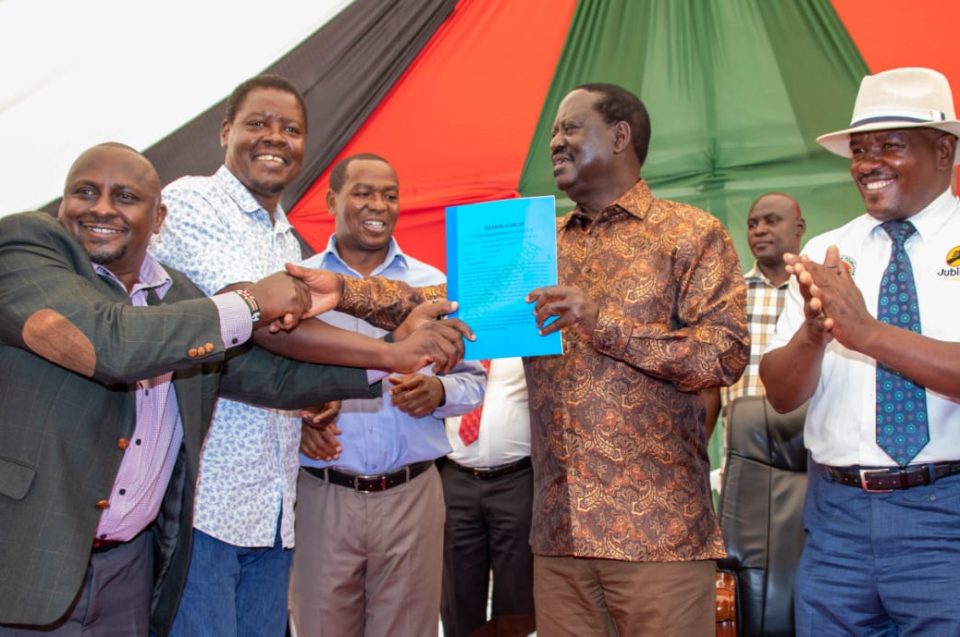 ODM party leader Raila Amolo Odinga has distanced himself from President Uhuru Kenyatta’s impeachment claims stating that he was not aware of any plot.

While speaking to Citizen TV shortly after adressing Universities Academic Staff Union on Tuesday, the former prime minister stated that he coul not comment on the impeachment allegations on the President as he had no idea.

“I am not aware of any impeachment attempts or claims on President. I’ve got nothing to say,” the ODM leader told Citizen TV.

This comes just a day after Deputy President William Ruto refuted President Uhuru’s impeachment accusations in a meeting with Mt Kenya elders on the weekend.

The head of state is claimed to have told elders at the State House on Saturday that his deputy had formed arrangements to impeach him before his term ends.

“The president told us that Ruto was going behind his back, planning how he could close ranks with Raila to impeach him at an appropriate time,” Mathoya MP, Peter Kimari told the Standard.

According to Ugunja MP Opiyo Wanday, DP Ruto and his allies began plotting to depose the president in 2013, just after the Jubilee administration was created.

The outspoken politician asserted that there were discussions in the hallways between some Ruto-aligned MPs testing the waters and determining whether we opposition MPs would cooperate.