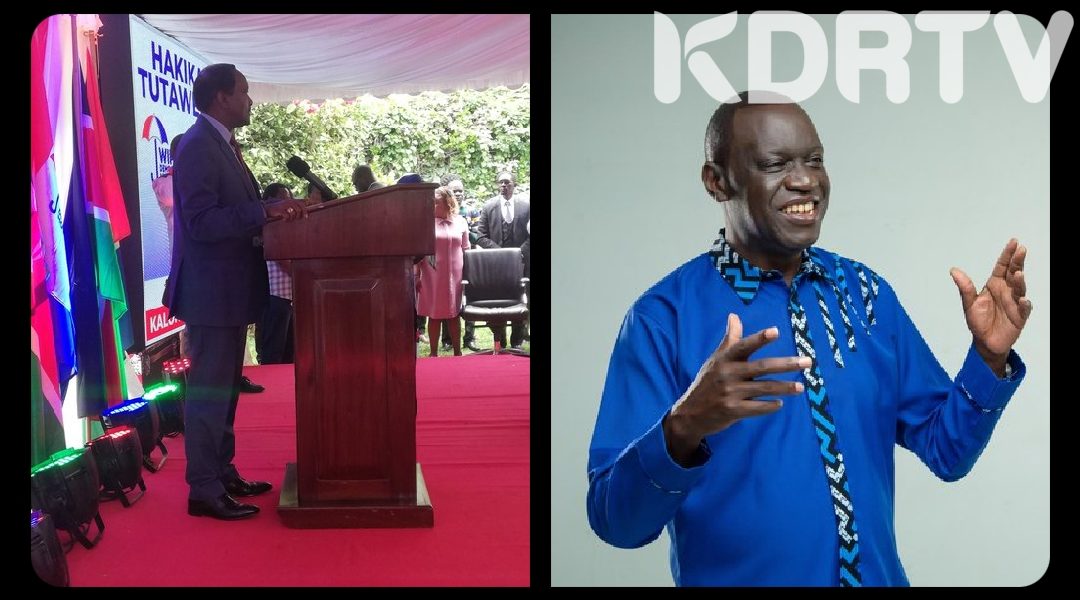 Kalonzo who will be running for the second time will be deputized by Andrew Leteipa Ole Sunkuli.

Speaking at the Stephen Kalonzo Musyoka (SKM) commanding center in Karen, the Wiper party leader indicated that he had decided to run after being shortchanged in the Azimio alliance where he had intended to become Raila Odinga’s running mate.

“My brother Raila knows I am naming my running mate. He came to my house to try and convince me to accept his choice. We did not agree and he said he would choose Martha and I told him I would choose my own running mate.

“I know that some people have been saying that Gideon has been sent to spy but he is with fully with us. My honest opinion is that OKA continues as originally established and we move on, compare notes. We have business to save this nation.” Said Kalonzo.

He went on to note that most Kenyans what an alternative between Raila and DP Ruto.

“The majority of Kenyans want an alternative between Kenya Kwanza and Azimio. For how long do people want Kalonzo to be the one to sacrifice and when I sacrifice, they mess up? I promise 50/50 gender in Government.” Kalonzo stated.

This move by Kalonzo to run for Presidency comes despite Raila Odinga offering him the position of Chief Cabinet Secretary.

The Wiper party had already filed a lawsuit in court to overturn the Azimio One Kenya Alliance coalition agreement.

Subscribe to watch latests videos
In this article:Headlines, Kalonzo Musyoka