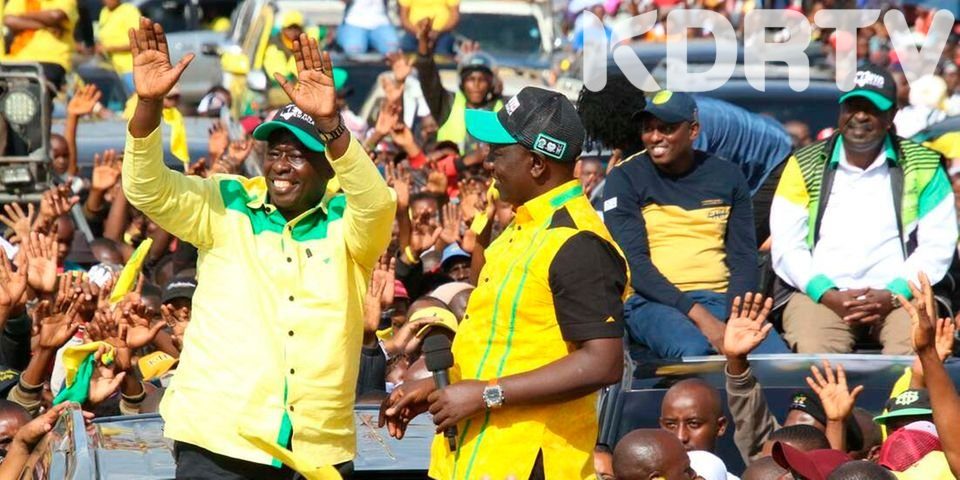 The Kenya Kwanza Alliance have rejoiced at the recent move by President Uhuru Kenyatta of not campaigning for Azimio especially in Mt Kenya.

Speaking in Muranga County while presiding over an economic forum to receive recommendations from area residents on how to reinvigorate the region’s economy Ruto said that they will teach the head of state a lesson.

“We will teach them a lesson that will once and for all rest their pride, spite and high-headedness,” Dr Ruto said.

He stated that he supports genuine economic independence for the Mt. Kenya region “to restore your pride in rewarding industries.”

He stated that his government would establish a conducive atmosphere by implementing “people-driven subsidies, tax relief, extension services, and sound governance systems.”

DP Ruto’s running mate, Rigathi Gachagua, stated that they appreciate the choice to refrain from campaigning for Azimio’s presidential candidate Raila Odinga since he would have forced them to campaign in a manner that would have disrespected the head of state.

“The presence of the President in the campaigns was giving Dr Ruto campaign strategists a hard time trying to balance between respecting him and countering his presence,” he said.

“We can now breathe a sigh of relief even when Mr Odinga chose one of our daughters, Martha Karua, to be his shield. Even for her, we will devise a way to tackle Mr Odinga without fouling her… we will get a way that will not harm her as we target our common opponent. And that is why we will do all possible to remain respectful to both of them but never letting their eyes off Mr Odinga.” Gachagua added.

Gatundu South MP Moses Kuria claimed that there is no way that the Narc Kenya party leader could help Raila win in Mt Kenya.

“It is not by accident that in all times that Mr Odinga contested the presidency (1997, 2007, 2013 and 2017), Mt Kenya never voted for him. We have not been opposed to him because of Uhuru Kenyatta…The reasons are based on his brand of politics. Those reasons have not changed and on August 9, we will wake up to go and vote against him,” Kuria said.