KDRTV News Nairobi -The Kenyan Deputy President William Ruto’s party, Kenya Kwanza has shocked it’s supporters by depositing to the registrar of parties a coalition agreement with its affiliate parties a document similar to the Building bridges initiative (BBI).

The document which was seen by KDRTV News has detailed how the affiliate party members will share power against the backdrop of what the coalition has been campaigning and accusing their competitors the Azimio la Umoja coalition of focusing on power sharing rather than the common man.

In the document ,if  the Deputy President is declared the winner  he will immediately  use an executive authority to appoint a Prime minister.

The structure is detailed below

30% of cabinet slots and government appointments goes to Musalia Mudavadi and Moses Wetangula.

This arrangement will only work if Mudavadi and Wetangula can bring on board over 70% of the vote rich western region comprising of Kakamega County, Bungoma, Trans Nzoia, Busia and Vihiga counties which has 2.2 million registered voters.

Governor Kingi must bring on board 55% of Kilifi registered voters for him to get the Senate Speaker post. 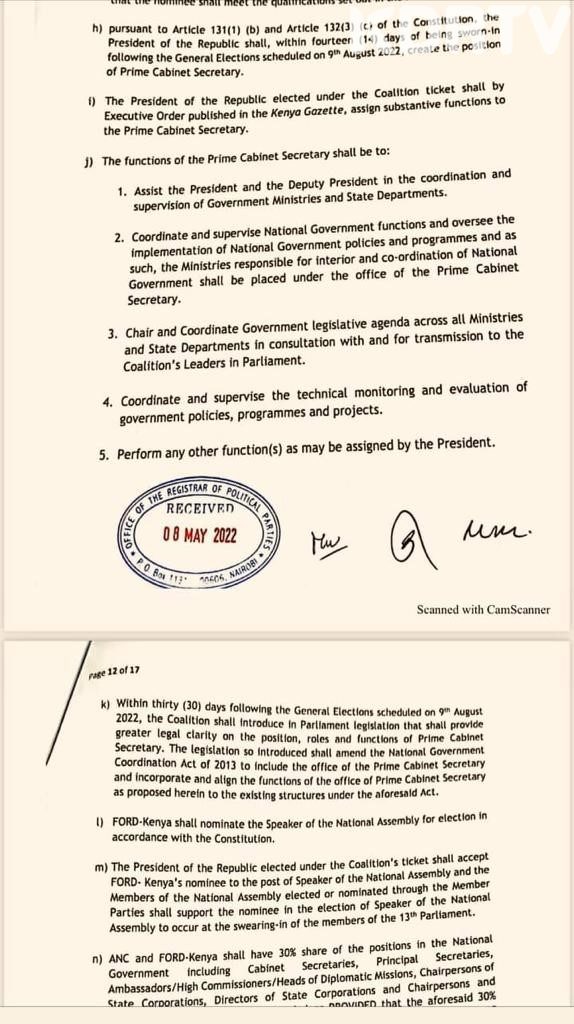