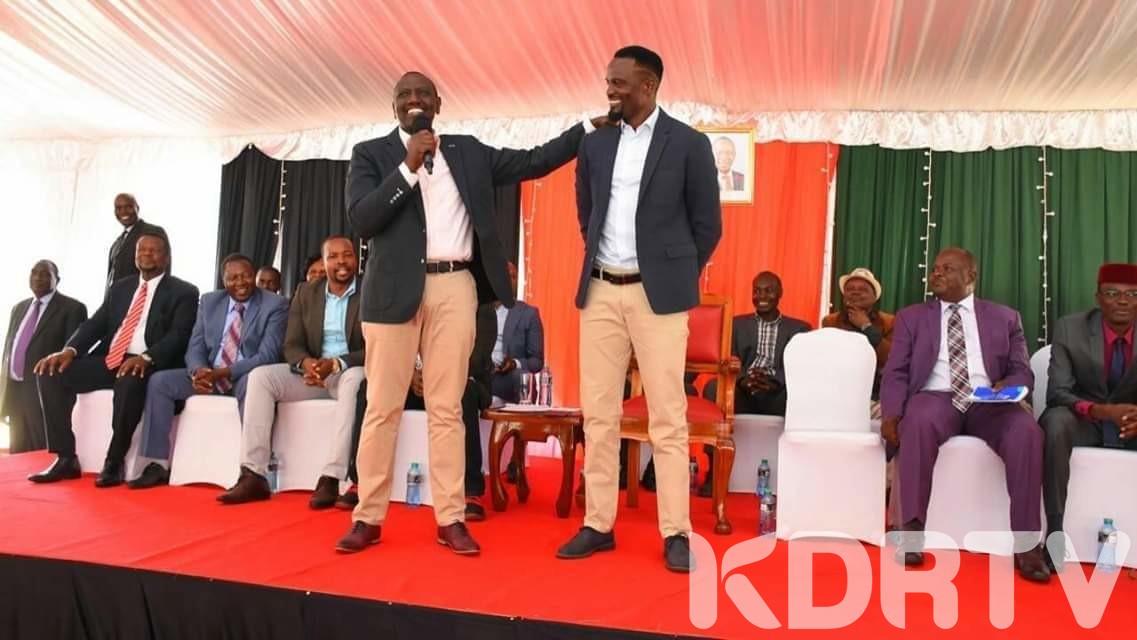 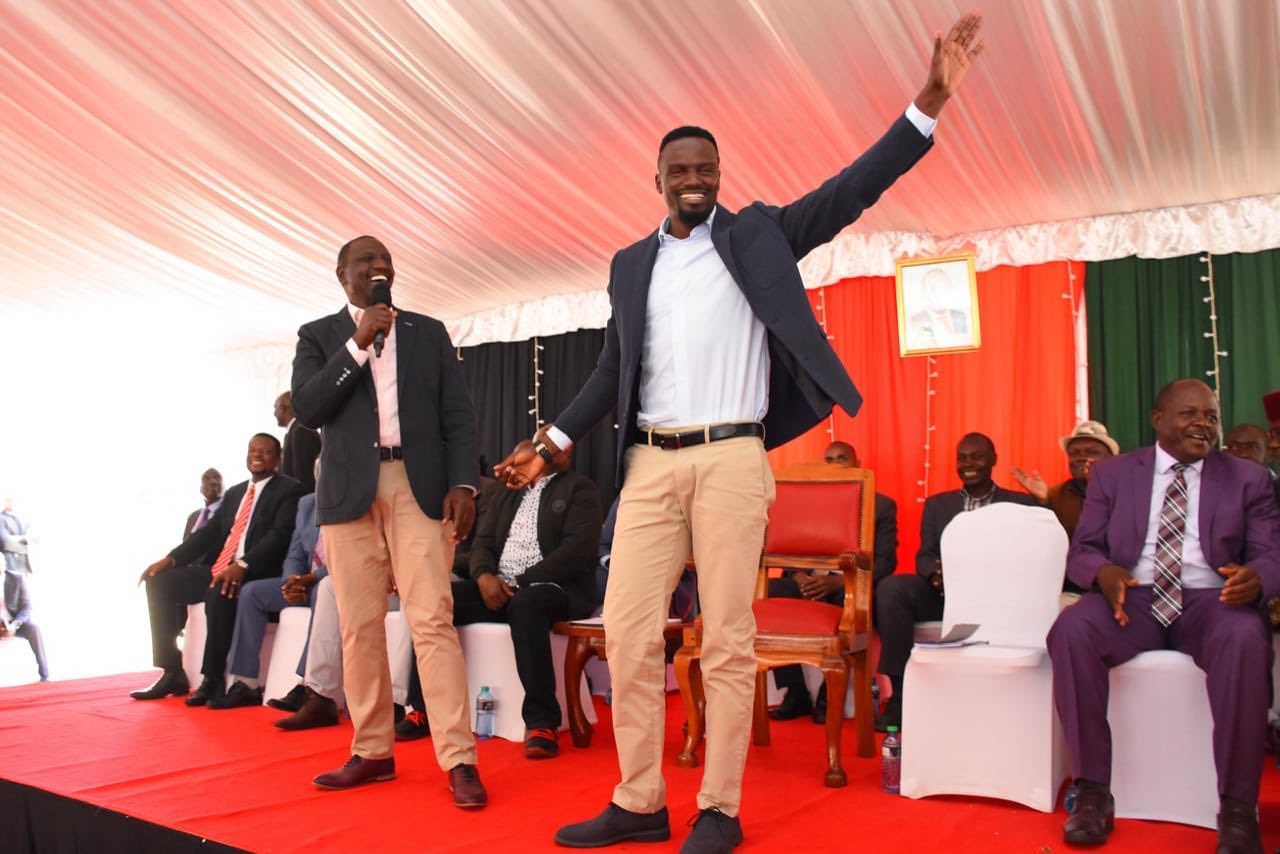 According to the DP, Kibra is wallowing in poverty and needs a pragmatic leader to turns its fortunes around. Whether Mariga is the man is a question for another day.

Speaking at a church function in Kapseret Constituency, Ruto wondered how ODM would brag that Kibra is Raila Odinga’s bedroom yet it didn’t even have the most basic of human needs like toilets.

“I was shocked when an individual laid claim that Kibra is their political bedroom and the region did not even have toilets and locals are grappling with dire sanitation challenges. It is the Jubilee government that built roads and public toilets in Kibra,” he said.

He promised to lead Mariga’s campaigns and ensure the Jubilee Party delivers the seat.

Tactics without strategy are the drums of losing so they say. Master strategist Dp Ruto has already laid the foundation for Mariga's triumphant! An avalanche of disappointment awaits Raila's lickspittle. Mtalia na kusaga meno.

On Sunday, Mariga send chills in the opposition after thousands of Kibra residents attended his rally at DC Grounds in Kibra.

Together with other leaders we camped at kibra in support of our candidate Hon Mariga. Thank u Kibra pple fr the unconditional love&support. On voting day the great kibra pple turn in high numbers to elect the first talented& focused youth wth pple at heart to legislate fr u. pic.twitter.com/TpqEZdHKmO

The former Harambee Stars midfielder has promised to change the fortunes of Kibra residents, one of the largest slums in the world and home to some of the country’s poorest people.

They say Kibera ni ya Wajaluo na ni bedroom ya baba. Is it wrong if I say, they have embraced poverty as a way of life. That is why Raila is synonymous to poverty. Raila is poverty and poverty is Raila #mariga pic.twitter.com/rwqgCtV5IO

However, he is facing resistance from his own Jubilee Party, with some members declaring support for ODM candidate Imran Okoth.

Former Nairobi Woman Rep Rachel Shebesh has claimed that Ruto sneaked Mariga to Statehouse to have President Uhuru Kenyatta endorse him. Shebesh based her claims on the fact that Uhuru did not utter a house during the occasion.

Nominated Jubilee MP Maina Kamanda has publicly declared that he is supporting Imran, who he branded as a handshake candidate. He has already held a meeting with the Kikuyu Community in Kibra to drum up support for the brother to former MP Ken OKoth.

On his part, Ruto has asked Jubilee members to ignore political rejects like Shebesh and Kamanda who now purport to speak for the party after being rejected by voters.