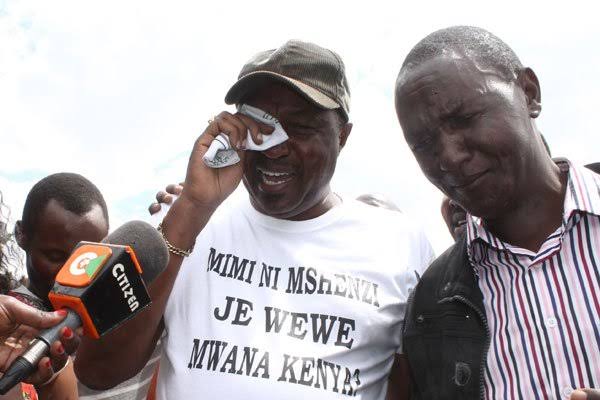 Ruto diehard Onesmus Kimani Ngujiri of the UDA party has been floored by Jubilee candidate Irene Njoki in the Bahati parliamentary race.

Njoki received 34,308 votes, while Ngunjiri received 26,809, according to the results announced by the IEBC’s Returning Officer in the Bahati constituency tallying center.

Njoki praised her campaign team for supporting her and the residents of Bahati for turning out in such great numbers to cast their votes in a statement to the media upon the announcement of her victory.

Njoki had accused Ngunjiri and his followers of intimidation throughout the campaign. The incumbent, she claimed, had vandalized her campaign cars.

Ngunjiri struggled to win the Bahati seat due to complaints from his UDA group.

Senator Susan Kihika had also accused Ngunjiri of acting against Kenya Kwanza. The senator stated that Nginjiri met with Azimio La Umoja candidates, an allegation that the incumbent did not refute.

Ngunjiri claimed that he met with the Azimio team, who informed him that they would select leaders from other parties to serve as governor, MPs, and MCAs.

In an interview with a local Tv station, he emphasized that nobody should be compelled to choose a leader based on the political affiliation of the individual.

“People from Nyanza come to my place and we share tea. We talk so well and the interesting thing they tell me is that they will vote for Raila Odinga as President but the other seats will vary.

“Despite where you come from, here is your home. You cannot choose a neighbour but you can choose a friend. Let us leave the contest at the top. Let us choose a governor we want, an MP, and MCA we want,” he stated.

Subscribe to watch latests videos
In this article:Bahati, Kimani Ngunjiri