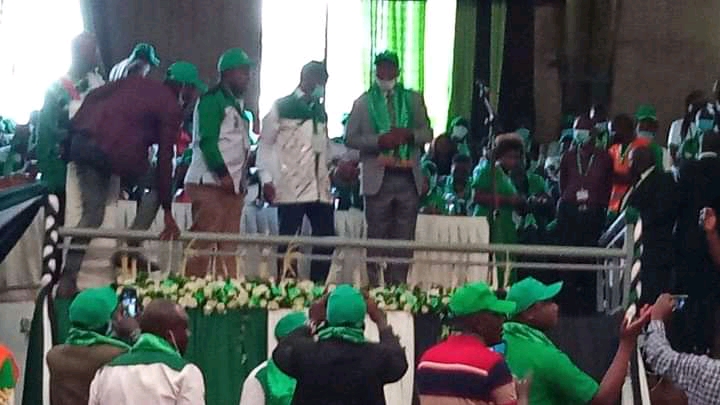 Hon Momanyi who has been a heavyweight and resourceful legislator in PDP camp has shifted to open his new political page in “Simba” party as he seeks to reclaim his seat next year.

NDC is also expected to drop a landmark bombshell to Kanduyi MP Hon Wafula Wamunyinyi and his counterpart Hon Eseli for allegedly cornering a rebellious faction whose intention was to oust Moses Wetangula from party’s top seat.

Wamunyinyi and Eseli had earlier on insisted that they will attend today’s event at Bomas before they later made a quick-uturn and planned another parallel NDC event at Moi International Sports Centre (Kasarani) ground on 6th November 2021 to revamp the party and arrange fresh coalition plans with other bigwig parties.

Wamunyinyi who is perceived as the party leader of the rebellious movement has assured his team that the Kasarani NDC meeting will send a shivering message in Wetangula’s camp as far as party leadership is concerned.

Wetangula has toughly condemned Wamunyinyi and Eseli for their secret uncouth plans against his leadership by trying to stage a coup to oust him (Wetangula) from the party’s leadership position.