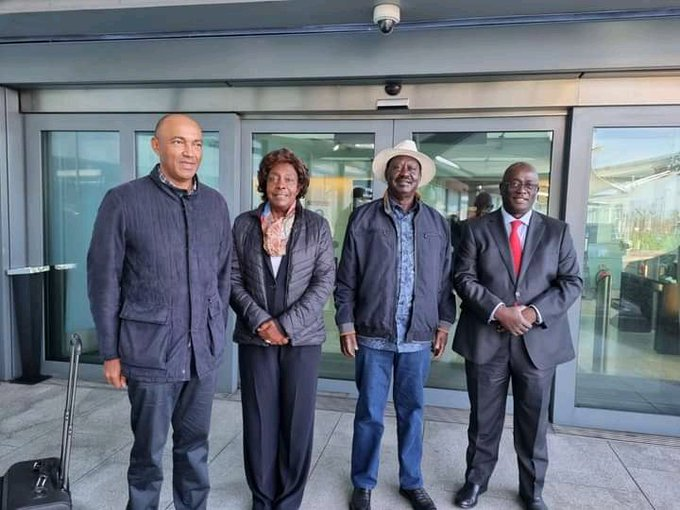 ODM leader Raila Amolo Odinga is currently on a 5-day tour to the United Kingdom accompanied by a number of Azimio la Umoja allied politicians as he seeks to consolidate the diaspora votes ahead of August 9 General elections.

On Wednesday, March 16, Raila will have a morning meeting with UK Minister for South Asia, North Africa, the UN & Commonwealth Lord Tarif Ahmad before speaking at the Chatham House think tank and later watching Arsenal versus Liverpool game in Emirates stadium.

“At the Commonwealth Secretariat, Odinga will speak on ‘The road to peaceful elections in Kenya’, while his address at Chatham House will be on ‘Kenya’s 2022 elections: priorities for unity and policy change,

“At the two events, Raila will share his vision for Kenya and Africa in an increasingly uncertain world, and will reflect on the political goal of unity presented by the Azimio la Umoja coalition movement,” Onyango stated.

His UK tour will end on Thursday, March 17 where he will be meeting Cantebury Archbishop Justine Welby and later address Kenyans living in UK.

Also, Read Mixed Reactions As DP Ruto is Accused of Sneaking into Italy For Two Days